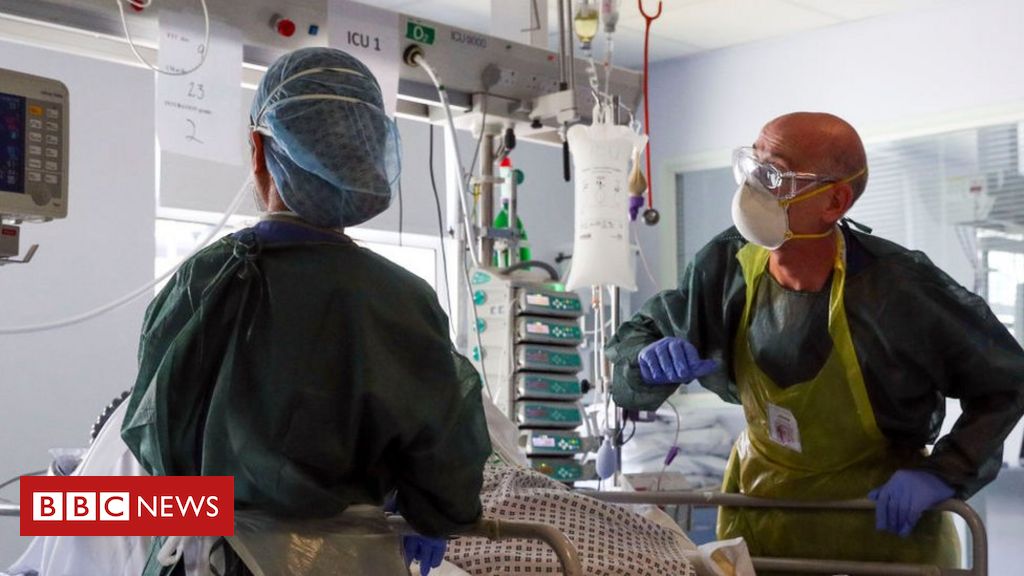 
Almost 900,000 public sector workers are to get an above-inflation pay rise, including doctors and teachers.

Chancellor Rishi Sunak said he recognised their “vital contribution” during the coronavirus pandemic.

The Treasury said the money for the pay increases of up to 3.1% would come from existing departmental budgets.

But Labour said the rise would not make up for years of real-terms cuts and the British Medical Association said doctors had hoped for “far better”.

Nurses are not included in the announcement because they negotiated a separate three-year deal in 2018.

The rise does also not apply to junior doctors, who agreed a new four-year pay deal last year.

Not all settlements will be UK-wide.

Mr Sunak said: “These past months have underlined what we always knew, that our public sector workers make a vital contribution to our country and that we can rely on them when we need them.

“It’s right, therefore, that we follow the recommendations of the independent pay bodies with this set of real-terms pay rises.”

More than 300 NHS workers have died in England alone after contracting coronavirus, many doing so while caring for patients.

But shadow chancellor Anneliese Dodds said the Conservatives had frozen public sector pay for seven years, and the rises they introduced after that failed to plug the gap.

She said the pay rise was “good news” but added that it “won’t make up for a decade of real-term pay cuts” for many front-line workers.

“Many other public sector workers – including those working on the front line in social care – won’t get a pay rise out of this at all because the Tories haven’t made good on their promises to boost local authority funding,” the Labour MP said.

“That’s not fair – and it’s no way to reward those who’ve been at the forefront of fighting this pandemic.”

Social worker Maureen Cummins told the BBC she felt cheated that she wasn’t getting a pay rise, saying those in her current profession and her previous career as a nurse have been chronically underpaid for years.

Kit Malthouse, the crime and policing minister, said the vast majority of social care workers were employed in the private sector so the government’s “ability to influence pay rates there is limited”.

He told BBC Radio 4’s Today programme the government had been raising the level of the national minimum wage and it hoped that would “push through to these private sector jobs”.

However, some social care providers accused the government of sidestepping the issue of low pay for social care staff.

Mark Adams, chief executive of the charity Community Integrated Care, said it was a matter of “national shame” that social care workers had been on the front line during the coronavirus pandemic on minimum wage salaries.

He said investment in the sector was “continually not happening” and it was “illogical for the government to present this as a local authority responsibility to solve”.

Vic Rayner, executive director at the National Care Forum – which represents 120 of the UK’s social care charities – said it was “unacceptable” for the government to “sidestep” the issue, adding that care workers had been “a stalwart of the Covid front line and need recognition”.

After several months of sweating it out on the front line of an unprecedented crisis, this is some welcome news for almost a million key public sector workers.

But economists say that once inflation is stripped out, average pay for public sector workers remains below levels seen in 2010, due to pay freezes, or very modest increases, in the years of austerity that followed.

And departments won’t get extra funding to pay for these rises, a reminder that the government is still having to watch the pennies and pounds as it faces the biggest deficit in its finances in peacetime.

The Treasury claims the pay awards are assessed for affordability; that they shouldn’t affect the provision of public services.

But budgets are already under pressure in some areas – in schools, for example, where extra costs may have arisen and income streams from the likes of clubs may have disappeared. In those cases, these pay rises might well pose some tough questions.

Junior doctor Jess Macwilliam, from Liverpool, said it felt like a slap in the face to not get a pay rise, after she and her colleagues worked “tirelessly” over the past few months. She said although junior doctors did agree a pay deal last year, that was before they had to face a pandemic.

Every year, independent pay review bodies recommend pay rises for sectors, and the government said it had accepted all of their suggestions for 2020-21.

The pay awards for the armed forces, prison officers, senior civil servants and NHS staff will be backdated to April, the Treasury said.

However, the pay rise for police and teachers starts in September due to those professions operating on a different pay schedule running from September to August.

‘Kick in the teeth’

Dr David Wrigley, vice-chairman of the British Medical Association, said doctors would feel “disappointed and let down” by the announcement as pay “has fallen way behind” where it should be and “we were hoping for far better” than the 2.8% increase.

He told BBC Breakfast: “These are the sort of rises we’d expect to see in normal times, not in a time when many of us have not had a day off in six months and have been putting our lives on the line.”

Some teachers’ unions have welcomed the offer for newly qualified teachers but said they were disappointed by the pay award for more experienced staff.

Dr Mary Bousted, joint general secretary of the National Education Union, said raising starting salaries by 5.5% had made the profession “more attractive to graduates” but the prospect of salaries “tapering off as they progress” meant it would be difficult to retain teachers.

Geoff Barton, general secretary of the Association of School and College Leaders, said it was a “kick in the teeth” for “long-serving teachers”.

He added that he was worried the government was not investing enough money in education to “ensure that schools are able to afford to pay the award within the limited scope it is proposing”.