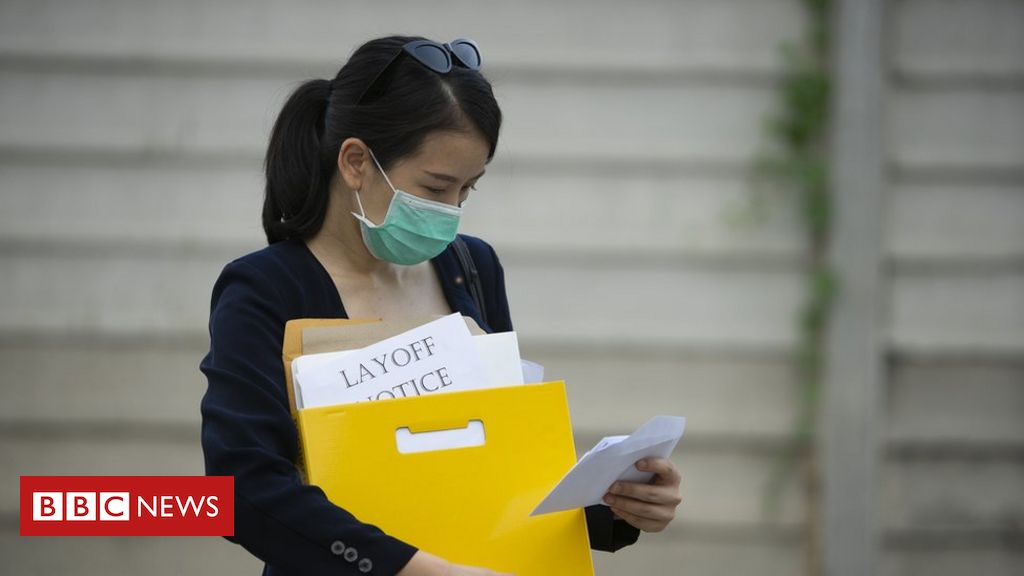 
British employers planned more than 300,000 redundancies in June and July, as the coronavirus outbreak took its toll on the workplace.

The figures were obtained by a BBC Freedom of Information request.

The coronavirus lockdown and the resulting record-breaking economic downturn closed restaurants and shops and brought travel to a standstill, forcing many firms to cut staff.

A spokesman for the government stressed that it had already protected 9.6 million jobs through the Job Retention Scheme, as well as paying out billions in loans and grants to thousands of businesses.

“We are continuing to support livelihoods and incomes through our Plan for Jobs to ensure that nobody is left without hope or opportunity. This includes a £1,000 retention bonus for businesses that can bring furloughed employees back to work,” he said.

“We are also creating new roles for young people with our Kickstart scheme, creating incentives for training and apprenticeships, and supporting and protecting jobs in the tourism and hospitality sectors through our VAT cut and last month’s Eat Out to Help Out scheme.”

Boots, John Lewis, Marks & Spencer, Zizzi owner Azzurri, and furniture retailer DFS were among the household names to announce redundancy plans in July. A survey found that found that one in three firms expected to make some staff redundant between July and September.

Firms planning 20 or more redundancies at a single “establishment” must by law notify government via a form called HR1, saying how many posts they want to lose.

Both the number of firms filing notice and the number of positions at risk gives a strong early indication that large numbers of jobs are likely to go in coming months.

The furlough scheme, where the government temporarily pays the wages of workers, is coming to an end in October, raising fears that employers will have to cut even more jobs later in the year.

“The reason this data is so useful is that all our other official data is coming through with a time lag,” said Nye Cominetti, senior economist at the Resolution Foundation think tank.

“This puts policy makers in a really challenging situation. The main government support schemes are coming to an end, but in terms of the official data, we still don’t know how big the jobs crisis is, or where we’re heading as we move into the autumn.”

He added that the data, taken alongside other business surveys and forecasts, paints “a fairly bleak and consistent picture of the next couple of months”.

Employers planning fewer than 20 redundancies don’t have to file notice, so the overall totals of redundancies being planned will be higher than these figures.

Official employment statistics, which are typically a few months behind what is happening on the ground, don’t yet show a big increase in the unemployment rate or redundancies.

However, the government’s own spending watchdog the Office for Budget Responsibility estimates that in a worst-case scenario, unemployment could hit four million next year.