Colour of Power 2020: Diversity at leadership level has stalled 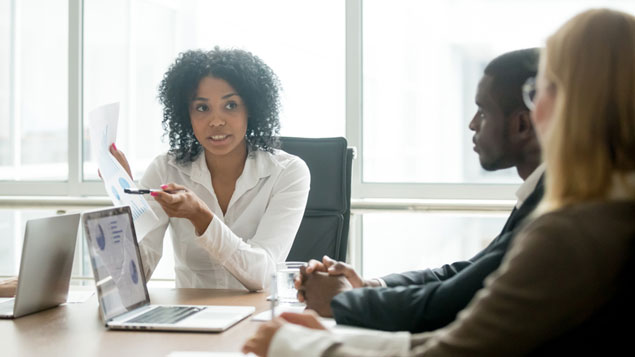 Progress on increasing diversity at leadership levels has stalled over the past three years with just 51 of 1,097 of the most powerful roles in the UK being held by people from ethnic minorities.

Among the most striking figures from data published by Green Park in its Colour of Power report is that there are no BAME chief constables and just one police and crime commissioner. There are no BAME CEOs in the top 50 NHS trusts and no permanent secretaries in the civil service.

People from ethnic minority backgrounds make up 13% of the UK population but only 4.7% (51 people) of the most powerful leadership roles are held by them.

Black people are particularly under-represented with just 16 of the 1,097 roles held by black men and women (1.5% against a national population of 3.6%).

The report lists the people in the most senior roles across 39 categories, covering all the major sectors of the UK economy.

Fifteen of these had no ethnic minority representation at all in their highest levels in 2020 and five categories had witnessed a decrease in BAME representation over the past three years. More than half had seen no change.

There were no BAME CEOs at the 15 national sporting bodies and only one out of 31 union leaders came from an ethnic minority background.

There were six local authority leaders with BAME heritage out of 109 councils. In the private sector there were similar levels of under-representation recorded across FTSE 100, law, accountancy and consultancy firms.

The group with the highest BAME representation proved to be education and charities, with 10% of leaders from ethnic minorities (six out of 60). They were followed by politics (21 out of 310) and the media and advertising sector (five out of 76), with 7% BAME leaders. Five out of 50 vice-chancellors at the top 50 universities were from an ethnic minority, the study found.

Although the report the 2020 figures actually represented a gain of 1.2% or 15 additional roles since the Colour of Power 2017 index, the scale of the increment of this rise could be shown by the fact that a third of the increase (five individuals) was down to one person – Prime Minister Boris Johnson – who doubled the number of ethnic minority government ministers.

Raj Tulsiani, CEO of Green Park said: “If ever there was a need for open and carefully curated conversations about the UK’s relationship with race and power, the time is now. Our report graphically illustrates the lack of ethnic minority representation in the upper echelons of the UK’s most powerful institutions which directly or indirectly impact the everyday lives of our multi-cultural population.”

“The Colour of Power 2020 demonstrates not only the disparity of power in the UK’s highest echelons, but also the total failure to address it despite three years of government-backed targets and ample institutional rhetoric about commitments to diversity and inclusion.”

“Those in entrenched positions of power clearly need access to new perspectives. We need to let go of the myth of an achieved meritocracy and reform our working practices so that they are inclusive from start to finish. And we need to remember that inviting people into decision-making processes is an antidote to a lack of will to change but does not in itself provide the additional skills needed to address groupthink – which will be vital to helping the economy recover and thrive post Covid-19.”

Green Park calculated that, based on a 12% annual turnover rat, a total of 395 positions would have new occupants since 2017. Even accounting for the fact that some individuals would have moved roles over the period, but stayed on the list, Green Park estimated that of 190 new names on the list, just 20 (10.5%) were from minority backgrounds. It added that, at this rate of progress, representation amongst Britain’s top leaders will not reach the 13% representation in the current working population until at least 2044.

Trevor Phillips, chair of Green Park, added: “The fact that one person – the Prime Minister – is responsible for a third of the increase in ethnic minority individuals on the Colour of Power list, reveals that if there is a will to make a difference, then change is achievable. Boards across the public and private sectors must take a lead from the Prime Minister and act now rather than make promises for later.”