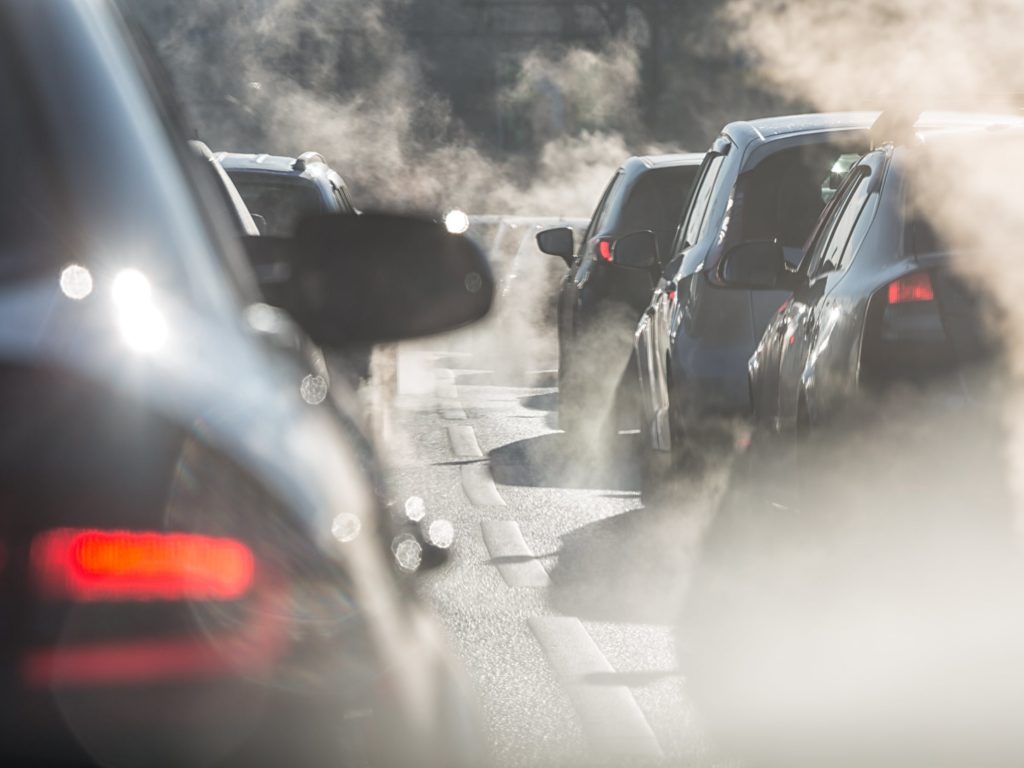 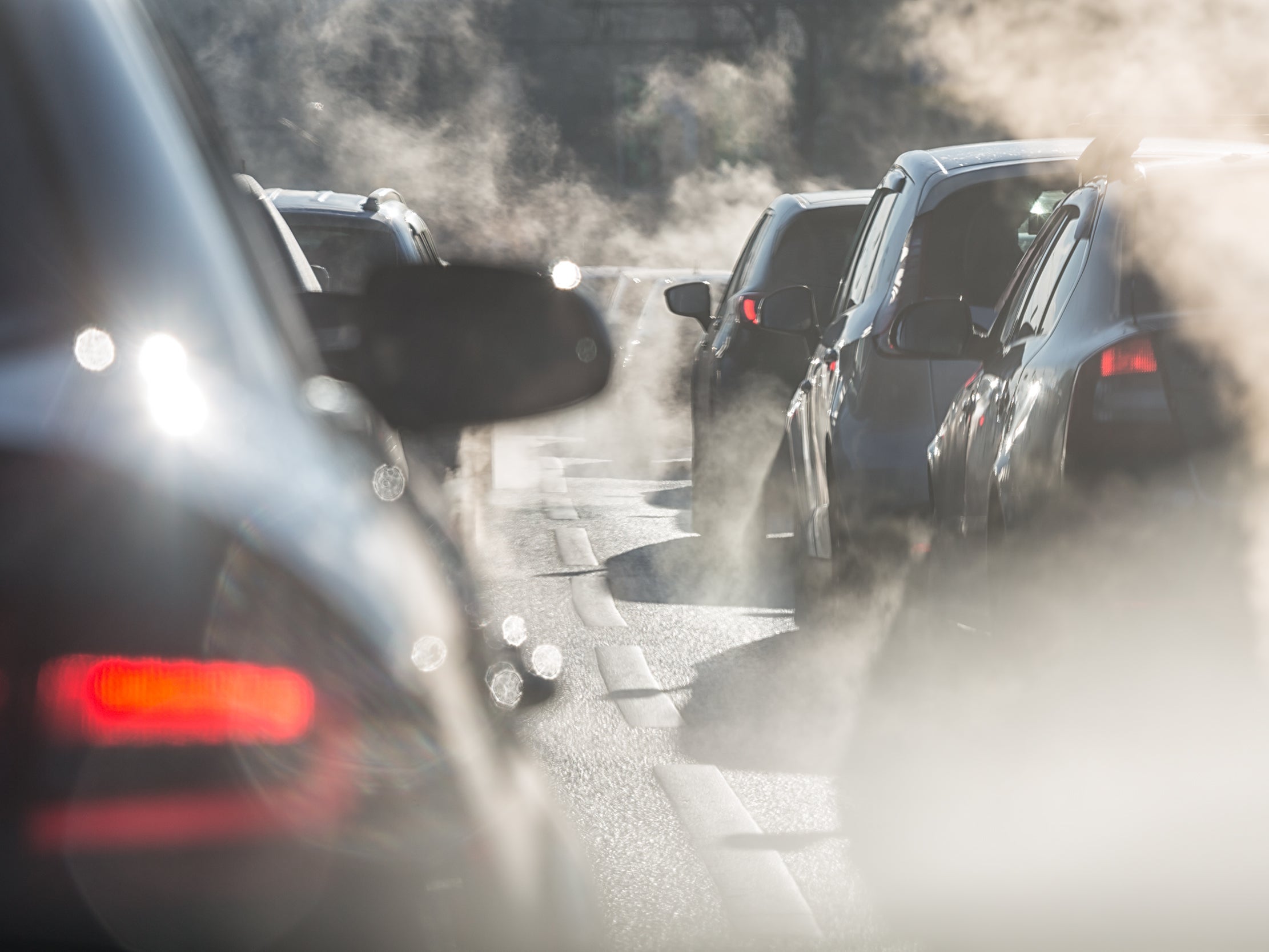 The global coronavirus lockdown has resulted in an “extreme” reduction in daily carbon emissions, but it is unlikely to last, according to a new analysis by an international team of scientists.

The study, led by academics at the University of East Anglia, shows daily emissions decreased by a maximum of 17 per cent – or 17 million tonnes of carbon dioxide a day – globally during the peak of the confinement measures in early April compared to average daily levels in 2019.

The last time daily world carbon emissions were so low was in 2006.

The main reason scientists expect to see a return to high levels of carbon emissions is because one of the greatest contributors to emissions are from surface transport, such as car journeys, which accounted for almost half, 43 per cent, of the decrease in global emissions measured during the peak of the confinement on 7 April.

Meanwhile the emissions from industry and power generation together account for a further 43 per cent of the measured decrease.

As the lockdown ends and journeys and industrial activity resume, so too will emissions of damaging greenhouse gases.

The researchers said though aviation is the economic sector most impacted by the lockdown, it only accounts for 3 per cent of measured global emissions, or 10 per cent of the decrease in total emissions during the pandemic.

In individual countries, overall emissions decreased by 26 per cent on average at the peak of their confinement.

Professor Corinne Le Quéré of the University of East Anglia led the analysis. She said: “Population confinement has led to drastic changes in energy use and CO2 emissions. These extreme decreases are likely to be temporary though, as they do not reflect structural changes in the economic, transport, or energy systems.

“The extent to which world leaders consider climate change when planning their economic responses post Covid-19 will influence the global CO2 emissions paths for decades to come.

“Opportunities exist to make real, durable, changes and be more resilient to future crises, by implementing economic stimulus packages that also help meet climate targets, especially for mobility, which accounts for half the decrease in emissions during confinement.

“For example in cities and suburbs, supporting walking and cycling, and the uptake of electric bikes, is far cheaper and better for wellbeing and air quality than building roads, and it preserves social distancing.”

The team analysed government policies on confinement for 69 countries responsible for 97 per cent of all global CO2 emissions.

At the peak of the confinement, regions responsible for 89 per cent of global CO2 emissions were under some level of restriction.

Data on activities indicative of how much each economic sector was affected by the pandemic was then used to estimate the change in fossil CO2 emissions for each day and country from January to April 2020.

The estimated total change in emissions from the pandemic amounts to 1,048 million tonnes of carbon dioxide (MtCO2) until the end of April. Of this, the changes are largest in China where the confinement started, with a decrease of 242 MtCO2, then in the US (207 MtCO2), Europe (123 MtCO2), and India (98 MtCO2).

The total change in the UK for January-April 2020 is an estimated 18 MtCO2.

The impact of confinement on 2020 annual emissions is projected to be around 4 per cent to 7 per cent compared to 2019, depending on the duration of the lockdown and the extent of the recovery, the scientists said.

If pre-pandemic conditions of mobility and economic activity return by mid-June, the emissions decline would be around 4 per cent. If some restrictions remain worldwide until the end of the year, it would be around a 7 per cent reduction.

This annual drop is comparable to the amount of annual emission reductions needed year-on-year across decades to achieve the climate objectives of UN Paris Agreement.

Professor Rob Jackson of Stanford University and chair of the Global Carbon Project who co-authored the analysis, said: “The drop in emissions is substantial but illustrates the challenge of reaching our Paris climate commitments. We need systemic change through green energy and electric cars, not temporary reductions from enforced behaviour.”

Friends of the Earth campaigner Jenny Bates said promoting active travel such as walking and cycling must be a priority for governments to help end our dependence on fossil fuels.

She said: “This huge drop in carbon emissions is due to the global lockdown, but as the world emerges from this terrible pandemic, avoiding catastrophic climate change must be at the top of the agenda. We must make sure that our recent experience of better air quality, lower carbon emissions and simple things like hearing birdsong are prioritised post-lockdown by building the next normal around active travel, access to nature, and ending our reliance on fossil fuels.“

“With road transport such a key contributor to both UK air pollution and climate emissions, government and councils must permanently change how road space is used, allocating far more to walking and cycling, and making public transport work for everyone. The £27bn planned for a massive roads programme, which would create more traffic and emissions, should be spent on creating the sustainable and modern transport system we urgently need.”

The study is published in the journal Nature Climate Change.