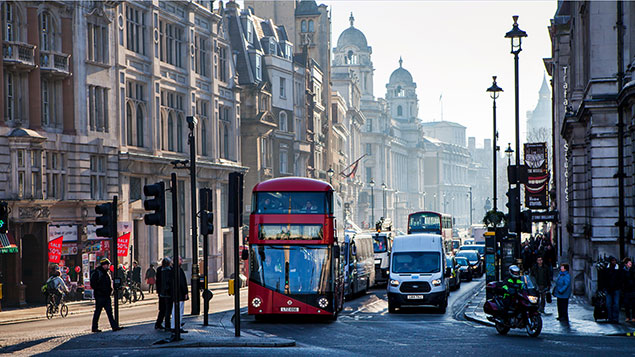 With coronavirus cases now potentially doubling in England every eight days and an R figure above one, plans for government workers to return to the office may have to be rethought.

The civil service’s biggest union, PCS, has urged the Cabinet Office to alter plans for 80% of staff to return to their workplaces by the end of September.

Cabinet Office permanent secretary Alex Chisholm was told by PCS general secretary Mark Serwotka in a letter that “no responsible employer would try to force large numbers of staff back to the workplace in these circumstances”.

Last week outgoing cabinet secretary Sir Mark Sedwill and chief operating officer Alex Chisholm wrote to permanent secretaries to say they should get 80% of their staff back to the workplace at least one day a week by the end of the month.

Although workplaces are exempt from new rules that will come into force on Monday making it illegal to socialise in a group of more than six people who are not part of the same household or support bubble, returning such large numbers to offices is considered impractical by the union.

Serwotka’s letter stated that a sharp rise in coronavirus cases – including higher numbers of cases in government offices – meant ministers should look again at the “arbitrary” return-to-work target, which he said did not appear to have taken on board health and safety law.

“There is a real prospect that by the end of September we will see a similar prevalence of the virus as is currently being experienced in France, Spain, and other European countries, particularly given the large number of students travelling back to universities and colleges in the next few weeks,” he said.

Serwotka wrote that the return-to-work call also failed to take account of local lockdowns and issues faced by staff whose children were off school because of Covid-19 outbreaks. The government had failed to justify the 80% target, he said, or explain how it was compatible with Schedule 1 of the Management of Health and Safety at Work Regulations 1999, .

“I strongly urge you to reconsider the requirements placed on departments by your letter of 3 September, and I request an urgent meeting to discuss the serious issues it has raised,” he concluded.

Meanwhile, it has emerged that HM Revenue and Customs had planned for less than one-third of employees to return to the office prior to the Cabinet Office instruction to have 80% of staff back in the office by the end of September, first permanent secretary at HMRC Jim Harra revealed while giving evidence to the Public Accounts Committee earlier this week.