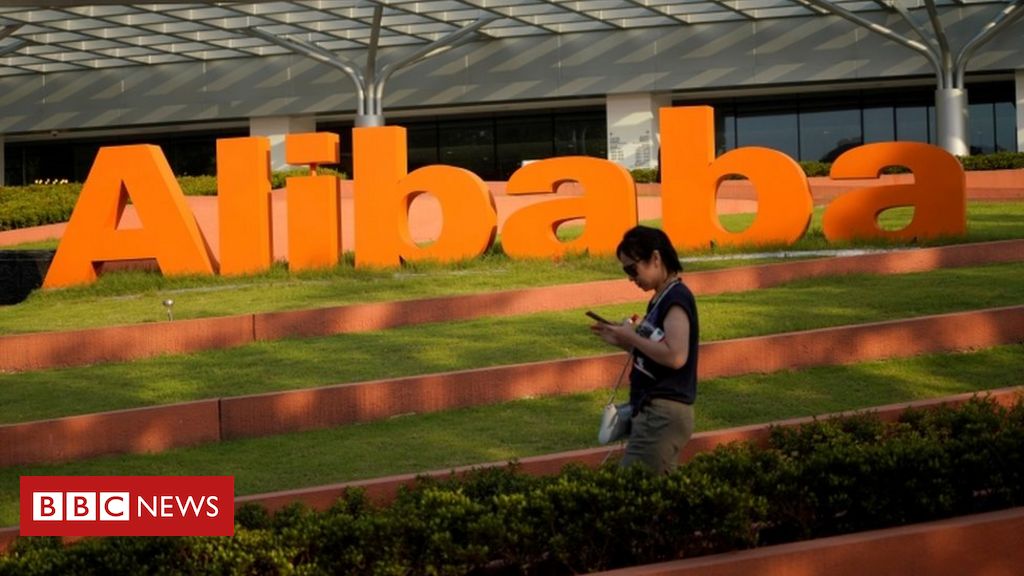 
Tech giant Alibaba has offered an olive branch to US President Donald Trump, as he continues to threaten Chinese firms.

Chief executive Daniel Zhang said the online retailer’s policies “are fully aligned with the interests of both China and the United States”.

The comments came as Alibaba announced a better-than-expected jump in quarterly sales.

Meanwhile Mr Trump has promised to impose tariffs on US firms that refuse to move jobs back from overseas.

“Alibaba’s primary commercial focus in the US is to support American brands, retailers, small businesses and farmers to sell to consumers and trade partners in China as well as other key markets around the world,” Mr Zhang told inverstors.

“We are closely monitoring the latest shift in US government policies towards Chinese companies which is a very fluid situation. We are assessing the situation and any potential impact carefully and thoroughly, and will take necessary actions to comply with any new regulations,” he added.

At the same time the Hangzhou-based company said sales from its commerce business rose 34% in the three months ending in June, compared to a year ago.

Alibaba’s shares have soared by more than 20% this year as investors around the world poured money into technology companies seen to have benefited from people staying at home during the coronavirus pandemic.

The placatory comments from Alibaba’s boss came in a week that has seen Mr Trump using his election campaign speeches to threaten further action to push back against China.

At an event in Pennsylvania on Thursday he said that if he is re-elected, Washington will impose tariffs on American companies that refuse to move jobs back to the US.

“We will give tax credits to companies to bring jobs back to America, and if they don’t do it, we will put tariffs on those companies, and they will have to pay us a lot of money,” he said.

That came on top of the president’s pledge earlier this week to offer tax credits to entice US firms to move factories out of China.

He also threatened to strip US government contracts from companies that continue to outsource work to China.