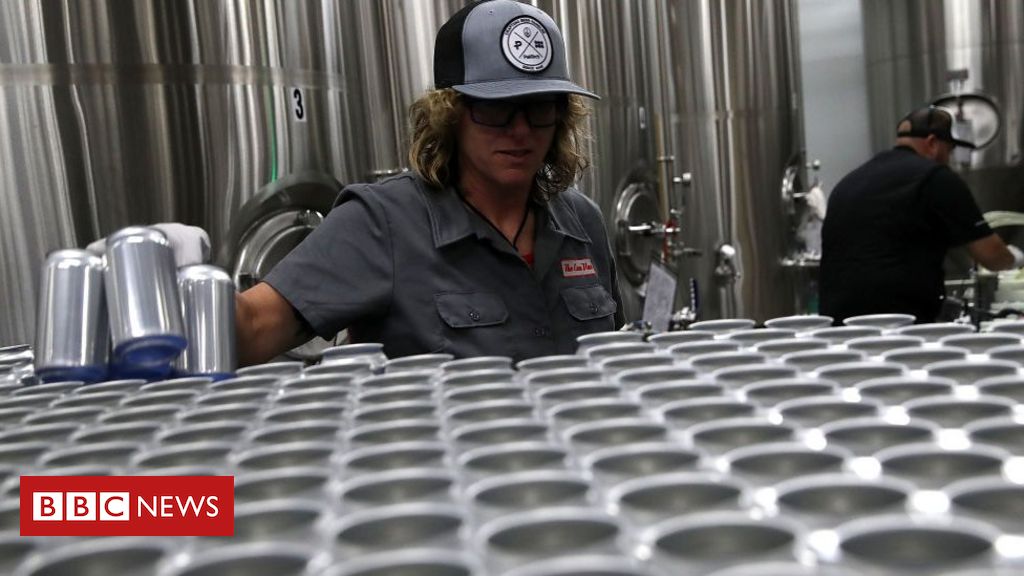 Canada and the US reached a deal last year to lift tariffs on steel and aluminium imports that had been imposed on grounds of “national security”.

Mr Trump reintroduced them on Thursday to protect the US industry.

Friday’s retaliatory tariffs by Canada will go into effect on 16 September.

“At a time when we are fighting a global pandemic… a trade dispute is the last thing anyone needs – it will only hurt the economic recovery on both sides of the border,” she said in a news conference.

Ms Freeland called the US tariffs “ludicrous” and denied Canadian aluminium is a threat to US national security.

“Any American who buys a can of beer or a soda or a car or a bike will suffer. In fact, the washing machines Trump stood in front of yesterday will get more expensive,” she said.

The tariffs would come into force after a consultation period with Canadian businesses affected by the US levy.

Speaking in Ohio on Thursday, Mr Trump said US tariffs on Canada were necessary to defend the domestic aluminium industry because producers to the north had broken their commitment to stop flooding the US market with a cheaper product.

The step was “absolutely necessary to defend our aluminium industry,” he said.

As part of a 2019 agreement lifting the measures, the US and Canada said they would monitor imports and, if a country is determined to be buying in too much, one of the other nations could request a consultation and potentially reimpose tariffs.

A 10% tariff on imports of “non-alloyed unwrought aluminium from Canada” was imposed on Thursday.

What does the US say?

In a statement on Mr Trump’s presidential proclamation, the office of the United States Trade Representative said that “imports from Canada of the product that accounts for the largest share of Canada’s aluminium exports to the United States have surged above historical levels”.

The surge has only intensified in recent months, despite a drop in US demand, according to the statement.

Canada was exempted from the tariffs in 2019 “on the basis of an agreement that imports of steel and aluminium products from Canada would remain at historical levels”.

The US Chamber of Commerce is warning that a decision to bring back the tariffs could raise costs for US manufacturers.

Myron Brilliant, head of international affairs for the industry group, told Reuters the move was “a step in the wrong direction” and that the measures are opposed by US aluminium manufacturers.

In late June, a group of 15 aluminium executives sent a letter to US Trade Representative Robert Lighthizer calling for continued tariff exemptions for aluminium in North America.

They said they had government data discounting a “surge”, and argued that current import levels are largely consistent with historical trends.

Prime Minister Justin Trudeau recently said he believes a new levy would have “no justification”.

National Foreign Trade Council, a US-based pro-trade group, called imposing the new measures a “misguided action”, warning it could undermine the new free trade agreement between the US, Canada and Mexico, which came into force in July.

But Michael Bless, chief executive of Century Aluminum, said the move “helps to secure continued domestic production of this vital strategic material and level the playing field for thousands of American aluminium workers”, according to Reuters.