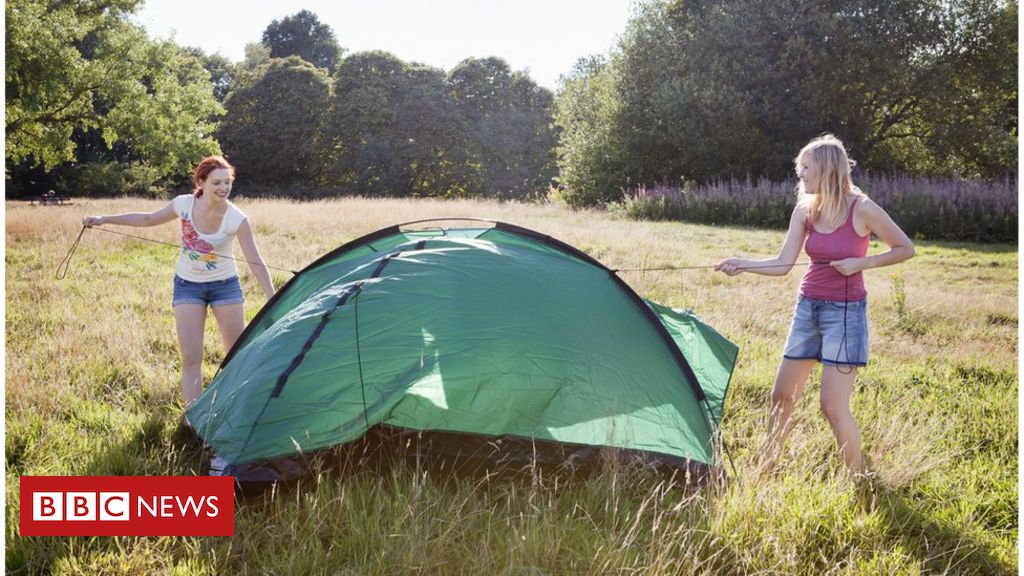 
Sales of camping gear have jumped as more Britons opt to holiday within the UK this summer due to coronavirus.

Asda, John Lewis and Halfords said demand for tents, airbeds and stoves had surged due to the staycation trend.

Camping booking website Pitchup.com said demand for pitches in August had been twice as high as last year, with demand for September also strong.

It said many people were choosing to holiday outdoors because they felt it was easier to socially distance.

It also said it had directly benefited from the government’s travel quarantines on Spain and France, which had forced many Britons to change their holiday plans at the last minute.

On Tuesday Asda reported it had seen a 25% jump in camping gear sales in the three months to 31 July, while Tesco said sales of camping chairs, airbeds, tents and inflatable pillows had all jumped.

John Lewis said camping equipment sales were up 243% in the last six months compared with a year ago.

And Halfords said it had seen a surge in demand for camping and touring products since lockdown was lifted on 4 July. Popular products include camping stoves, with sales up 300% in July, cool boxes (up 180%) and camping chairs (120%).

Many Britons are holidaying at home this year due to coronavirus travel restrictions, fears about contagion and the recently scorching UK weather, all of which appears to have benefited camp sites.

However, some have warned that the high demand could lead to a rise in uncontrolled – or wild – camping that could pose a health risk.

It said this was a strong performance given camp sites had been forced to close for 15 weeks during lockdown.

The firm added that there had been a 116% growth in bookings in August, and that it expected this year’s peak season to last longer than usual as holidaymakers took deferred breaks.

Founder Dan Yates said: “To quote the deputy chief medical officer, it’s a ‘biological truism’ that outdoor environments are safer than those indoors, and unlike other accommodation types, many of our clients have tens or even hundreds of acres to devote to social distancing.

“It’s therefore not surprising that outdoor holidays have exploded in popularity this year. It’s also the the only type of accommodation that has been able to expand to meet demand from the many holidaymakers who’ve switched plans from abroad to stay on home turf.”

The Camping and Caravanning Club, which has more than 300,000 members across the UK, and represents more than 1,300 campsites, said it had seen similarly strong demand.

A spokesman said: “Pitch bookings for August are up 15% versus last year and September is currently 68% ahead of the same month for 2019.

“Looking further ahead, early indications are that pitch bookings are also looking positive for 2021.”

Will you go camping in the UK this summer instead of holidaying abroad? What was behind your decision? Email haveyoursay@bbc.co.uk.