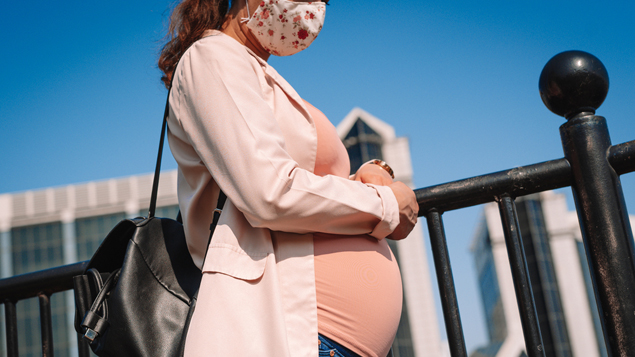 Calls to extend parental leave and pay for families because of the Covid-19 pandemic have been rejected by the government, which has said it would be an additional burden on organisations at a time when many are struggling to stay afloat.

More than 236,000 people signed an online petition to extend maternity leave and statutory maternity pay by three months. The petition said this would allow for parents and babies to socialise and bond through baby groups, which it said are “vital for child development”, after such groups were unable to meet during the lockdown.

This prompted the Petitions Committee to look into how new and expecting parents had been affected by the pandemic. The inquiry involved new parents, mental health and psychology experts and representatives from the childcare sector and found urgent need for the government to review how new parents are supported during the crisis.

In its response, the Department for Business, Energy and Industrial Strategy rejects most of the recommendations put forward by the Petitions Committee, stating that it believes the current arrangements – which include extending the furlough scheme for new parents returning from parental leave – “have been sufficiently generous to cater for the variety of circumstances that new parents have found themselves in as a result of the pandemic”.

It says: “The cost to the Exchequer of this support for parents runs to billions of pounds, which is ultimately funded by the taxpayer. The Committee’s analysis estimates that the cost of extending paid parental leave for three months would run to the high hundreds of millions.

“Providing additional weeks of statutory parental pay would also have a financial impact on employers who not only have to cover absence costs related to their employee being off work but also have to fund 8% of the cost of statutory parental pay themselves (excluding small employers). These would be additional burdens on business at a time when many organisations are struggling to save their business and jobs.”

It added that the UK’s maternity arrangements are “among the most generous in the world”, with up to 52 weeks of maternity leave available – more than three times the EU minimum of 14 weeks.

“It is also worth noting that mothers on Statutory Maternity Leave accrue annual leave for the time that they are off work. So those taking their full entitlement to 52 weeks of maternity leave will have up to 5.6 weeks of annual leave to take (including bank holidays) on their return to work on top of their leave allowance for the year ahead (up to 11 weeks in total),” BEIS’s response says.

“We encourage employers to continue to be mindful of their employees’ individual circumstances and support parents to take advantage of the full range of family-friendly entitlements and other entitlements to time off work which are available to them.”

Chair of the Petitions Committee, Catherine McKinnell MP, said: “I am extremely disappointed at the government’s reply to this report and their response to understandably anxious mothers and fathers across the country on this issue.

“In this response, the government have not only outright rejected a plea for maternity leave to be extended amidst the pandemic, but have also turned down a whole range of entirely reasonable, and detailed, proposals that would have lessened the impact of this terrible pandemic on new parents.

“The notion that current government support to new parents during the pandemic is sufficient, when a quarter of a million people affected have signed this parliamentary petition, ignores the distressing reality expressed by many.

“This response simply fails to follow the science, and will come as a hammer blow to new parents across the country who need real targeted support now.”

BEIS adds that it recognises that some pregnant women may have started their maternity leave early, or been placed on unpaid leave or sick leave, during the early stages of the Covid-19 outbreak. It advises employees who think their employer acted unlawfully to make an employment tribunal claim, which can now be made out of time.