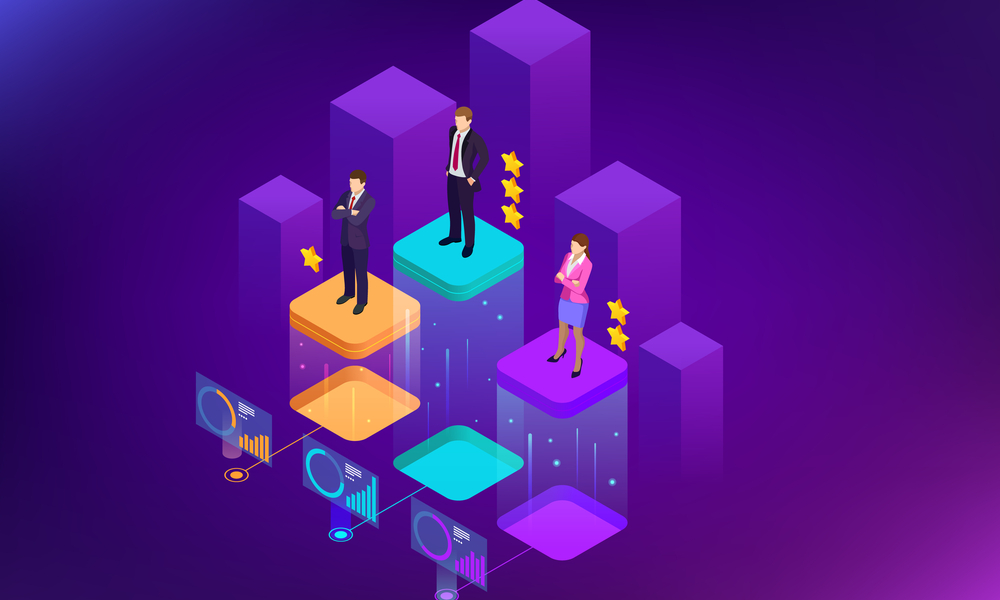 
As COVID-19 disrupts virtually every aspect of the working world, talent retention in particular has become an even greater concern for employers.

One study, for instance, found that 38% of workers said they became frustrated and disengaged due to anxiety caused by the introduction of new processes.

This is problematic for organisations – the introduction of new processes, and more broadly, a new status quo entirely, is precisely what the typical workplace is experiencing en masse at the present time.

The fear is that this widespread disengagement will lead to significant talent losses, which could be greatly damaging for businesses in the aftermath of COVID-19.

So how do we circumvent this challenge? One clear pathway is through bolstering career development and opportunity, particularly for the most crucial members of a workforce.

In fact, 27% participants in a recent survey cited lack of career progression as the number one reason that would encourage them to seek new employment.

HRD Thought Leader Chuck Heaton offered us his take on this matter, first outlining the significance of establishing career development for key individuals.

“Career development can be built around roles that enhance these competencies going forward, which deliver impact to the business.”

But what is the relationship between this development focus and talent retention? In short, it is generally held that these individuals, often referred to as HIPOs (high potential employees) have an increased hunger and desire for career progress.

“Key talent want to see opportunities for career development. If they see that opportunity along with regular movement, it can be a key retention tool,” said Heaton.

The importance of this couldn’t be clearer. Not only is a HIPO thought to be twice as valuable to an organization, but research also shows that, depending on the role, the cost of losing an employee can be up to 2.5 times their yearly salary.

“HIPOS quickly recognize if a company is complacent on keeping talent in jobs that they have outgrown,” said Heaton. “This often happens in a company because they are fearful of not having an adequate replacement.”

But as is often the case in business, this is easier said that done. A change like this can require extensive, careful planning and the introduction of entirely new infrastructure where HR is concerned.

So, how can HR leaders begin to traverse this tricky landscape and enact lasting change?

“Development of a robust succession plan can identify career pipelines for key management roles,” said Heaton. “For example, if you think a HIPO has the potential for senior leadership what are the roles they should have in their career path to attain that position?”

Elaborating, he goes on to outline what such plans might involve, citing methods such as regular talent reviews, ensuring internal relent is considered before the external market and developing a ‘war room’ that allows senior management to see the talent landscape and identify gaps.

However, as logic would suggest, engaging the employees themselves in career discussions is what makes up the core of this process.

For instance, employers must ascertain the career aspirations of their workforces, the things that will keep them at the company and what kind of training and development they would like to see in their careers.

According to Heaton, this approach will not only ensure that the company develops a strong sense for the desires of its workforce, but it will also convey a sense of compassion and mindfulness, showing the individual that the company holds people at the centre of its strategy.

Offering a summary of what such development plans might consist of, Heaton said: “Things like objectives around training and progress to be accomplished during the year is an important thing to focus on.”

“Assignment of a mentor and regular check-ins with leadership is another good way to develop the individual and allow them exposure.”

Finally, Heaton stated that more project or team-based work is a key development strategy, as it allows employees “to broaden skills and perspectives”.

Once again, this kind of organisational change is not an overnight implementation. It is an ethos and a philosophy that exists at the heart of an organisation, and may require much broader, gradual change in order to attain it.

However, evidence suggests that it is an area worth focusing on. Retaining key individuals is crucial in terms of minimising losses and maximising productivity, but what’s more, these individuals tend to harbour a greater desire to evolve and progress in their careers alongside the wider business.