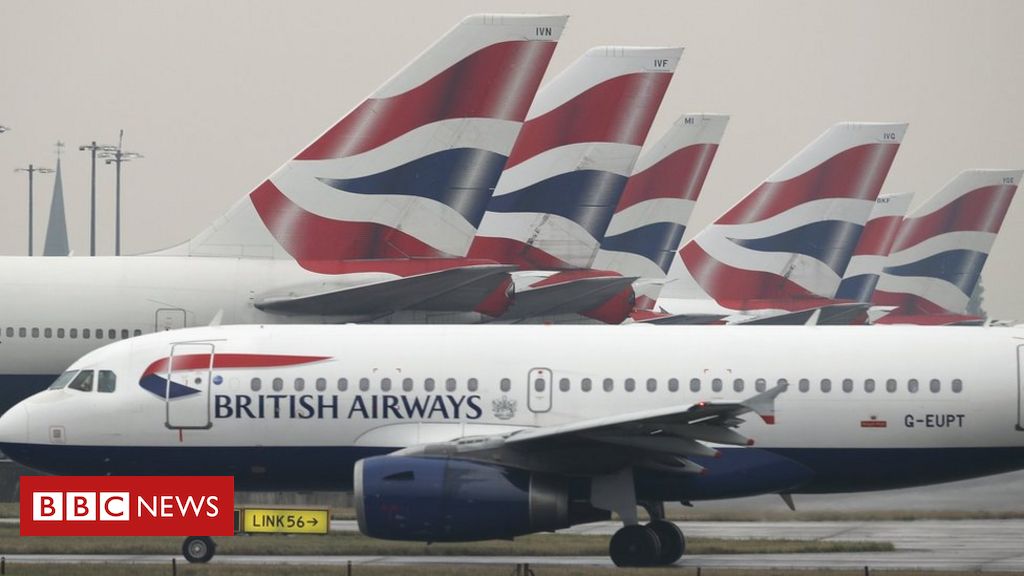 
British Airways has told its longest-serving cabin crew they face a 20% cut in basic pay or they will lose their jobs.

The move is the airline’s latest offer in ongoing consultations with unions and staff.

In an email to staff, British Airways said the aviation industry would look “very different” after the coronavirus pandemic.

Under the plan, long-serving cabin crew will need to re-sign under new terms.

The airline says the new terms will bring longer-serving, better paid staff in line with newer recruits who are on “market-competitive rates”.

Like all airlines, BA has seen massive cuts in revenue as governments restricted travel to stop the spread of the coronavirus.

The airline has said up to 12,000 jobs could go from the 42,000 strong workforce, but consultations are continuing.

However, MPs have called BA’s plans “a national disgrace”.

A recent report by the Transport Select Committee accused the airline of a “calculated attempt to take advantage” of the pandemic by cutting thousands of jobs and downgrading terms and conditions.

One cabin crew member who has worked for the airline since 1989, but did not want to give her name, told the BBC: “We know we make a profit but people are being offered new contracts which won’t allow them to pay their mortgages.

“They’ve chipped away allowances, holiday pay and even training,” she said.

“The new crew members are being taken on at a young age, but not given the training in service that we were.”

Currently the airline’s Heathrow-based cabin crew are divided into three fleets or teams: the Worldwide fleet for long haul flights, the Eurofleet for short haul and the Mixed fleet.

BA plans to move all three teams into a new catch-all fleet, arguing that will be more efficient and save the airline money.

In the email to Heathrow-based cabin crew, Amy James, BA’s Head of Inflight Customer Experience said the plans would have a “significant impact on staff currently earning significantly more then the current market rate”.

“Our proposal would guarantee that if you secure a corresponding role in our new team, we will safeguard your basic pay at at least 80% of your current rate.

“This pay protection proposal provides a ‘soft landing’ into a new aviation industry that’s very different to what any of us have known in the past.”

However, cabin crew who have spoken to the BBC have pointed out that much of what they earn comes in the form of variable allowances – paid on top of their basic salary – which are due to be replaced under the new scheme.

It is not clear how much they will be reduced. There are also likely to be significant changes to other terms and conditions.

Sources close to the company say staff should not see their pay cut by more then 30%.

Many of the Worldwide and Eurofleet staff joined BA years ago, before low-cost carriers such as Ryanair and Easy Jet disrupted the aviation sector.

The Mixed fleet was set up in 2010 after a bitter dispute between BA and unions.

Unite and the GMB are not engaging in talks with BA, which is owned by the IAG airline group.