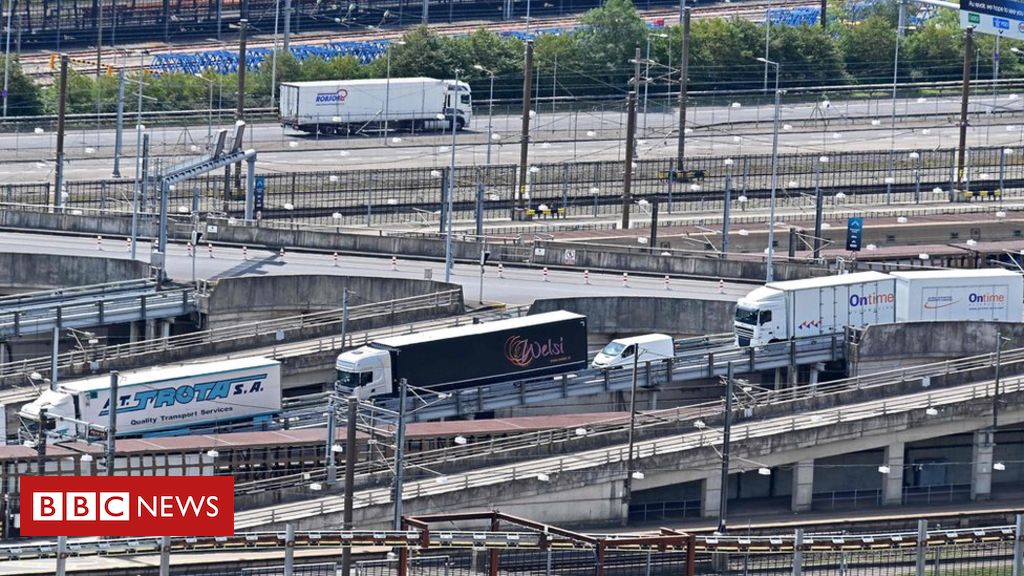 
Details of the UK government’s plans for policing trade between different parts of the country from next year are set to be published on Wednesday.

The Internal Market Bill will set out how powers currently held by the EU will be shared out after the post-Brexit transition period ends.

But it has promoted a row over elements which could allow minsters to modify the UK’s exit agreement.

It comes as the talks over a trade deal with the EU continue in London.

The permanent secretary to the Government Legal Department, Sir Jonathan Jones, has resigned from his role in light of the bill.

And speaking in the Commons on Tuesday, Northern Ireland Secretary Brandon Lewis admitted the bill would break international law in a “very specific and limited way”.

The Scottish Government, meanwhile, has said it will not consent to the law, arguing it undermines devolution.

The legislation will see Scotland, Wales and Northern Ireland handed powers in areas such as air quality and building efficiency currently regulated at EU level.

It will also set up a new body – the Office for the Internal Market – to make sure standards adopted in different parts of the UK do not undermine cross-border trade.

The new body will be able to issue non-binding recommendations to the UK Parliament and devolved administrations when clashes emerge.

However, plans to hand UK ministers extra powers to ensure the application of customs and trade rules in Northern Ireland have prompted a row over the UK’s legal obligations in its exit deal.

Under the UK’s withdrawal agreement, Northern Ireland is due to stay part of the EU’s single market for goods in a bid to avoid creating a hard border with the Irish Republic.

In parallel with talks over a post-Brexit trade deal, the UK and EU are negotiating the precise nature of new customs checks that will be required.

He conceded this would break international law in a “very specific and limited way” – but insisted it was a “safety net” in case the talks to iron out arrangements fail.

The government says it remains fully committed to the withdrawal agreement, and the bill is a necessary step to avoid a legal void if these talks fail.

However Labour leader Sir Keir Starmer condemned the bill and accused Downing Street of “reopening old arguments that had been settled”.

Former Conservative PM Theresa May warned the legislation could damage “trust” in the UK over future trade deals with other states.

The bill has also prompted a fresh row with the Scottish Government, which has accused the UK government of a power grab.

Scottish Constitution Secretary Michael Russell said ministers would find it “impossible” to recommend the Scottish Parliament gives its consent to the bill.

He added the bill “undermines devolution and the Scottish Parliament, and which, by the UK government’s own admission, is going to break international law.”

He added the “shabby blueprint” for policing cross-border UK trade would “open the door to a race to the bottom” on food and environmental standards.

Scottish Secretary Alister Jack said the new legislation was about “respecting and strengthening devolution” by providing certainty to business.

“Without this legislation there would be a serious risk to our jobs and businesses,” he added.

The bill has also been attacked by the Welsh Brexit minister, Labour’s Jeremy Miles, who accused the government of “stealing powers from devolved administrations”.

“This bill is an attack on democracy and an affront to the people of Wales, Scotland and Northern Ireland,” he added.