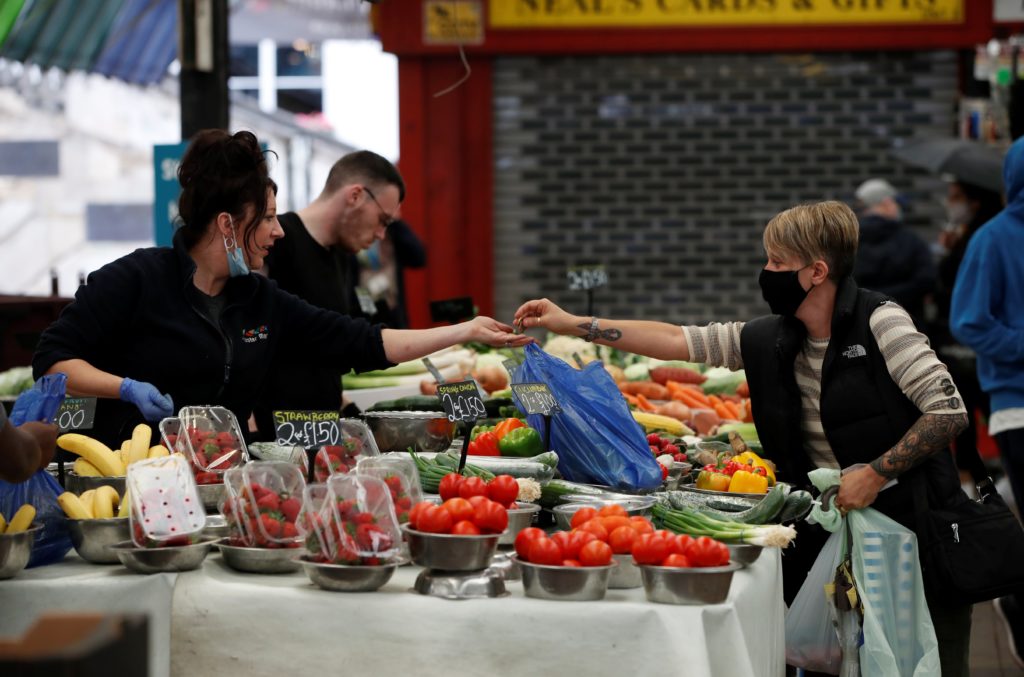 Brexit: How much will food prices rise if UK does not agree a trade deal with the EU?

Brexit: How much will food prices rise if UK does not agree a trade deal with the EU?

Boris Johnson’s latest display of brinksmanship with Brussels risks sending food prices sharply higher in January if it results in the UK and EU failing to agree a trade deal.

Shoppers visiting supermarkets in the new year may choose to disagree.

So how much might households be affected by increased tariffs, border checks and a weaker currency?

The impact will vary across different ranges of products and depends on a number of factors such as how dependent the UK is on imports of that item rather than domestic supply, and the import tariffs that will be applied.

While this percentage drops in the summer, over the whole year, the UK imports half of its food each year, with 30 per cent coming from the EU.

Under a schedule of tariffs published in May, about 85 per cent of food imported from the EU will face tariffs of more than 5 per cent.

The British Retail Consortium, a trade body, calculates that the average tariff on food imported from the EU will be more than 20 per cent, with some staple foods attracting particularly high levies. The tariff on beef mince is 48 per cent, cucumbers 16 and oranges 12.

Most of this will have to be passed on to shoppers, the BRC says, because Britain’s grocery market is very competitive and runs on thin margins meaning the big supermarkets do not have much room to absorb the additional costs.

A number of hard-line Brexiteers had advocated unilaterally slashing UK import duties to zero in order to reduce prices for shoppers. Such an approach could mean lower prices for some products.

But the government decided against the zero-tariff approach because it likely would have had a disastrous impact on UK farmers.

Farmers have developed their businesses in the context of the EU’s customs union but would suddenly have to compete with cheap imports from around the world, including from countries which apply lower food standards that the UK, under a zero-tariff system.

One of the key aims cited in favour of leaving the EU was to rid UK businesses of red tape.

Unfortunately, a no-deal Brexit is set to present firms and individuals with far more paperwork, administration and checks than they were used to inside the trading bloc.

Food imports are likely to be one of the first signs of this additional burden for many people, with prices and availability on supermarket shelves forecast to be impacted.

It is very difficult to precisely quantify how much this will increase the cost of ordinary goods but lorry drivers who import the UK’s food supplies have warned of huge queues at ports in January.

Last week, Road Hauliers Association boss Rod McKenzie said the UK was “sleepwalking into a disaster” over its border plans, even if a trade deal is agreed with the EU.

He told the BBC: “The supply chain on which we are all dependent to get the things we need could be disrupted and there is a lack of government focus and action on this.”

He added: “When we are trying to emerge from the crisis of Covid, if we then plunge straight into a Brexit-related crisis, that will be a really difficult moment and we need real pace.

Exchange rates are also likely to add to food costs if no trade deal is ratified.

The increased prospect of no deal sent the pound falling on Monday and analysts forecast it will tumble further if an agreement is not reached in time.

That will mean less purchasing power for UK buyers, making imports more expensive. Much of this will filter through to higher prices on the shelves.