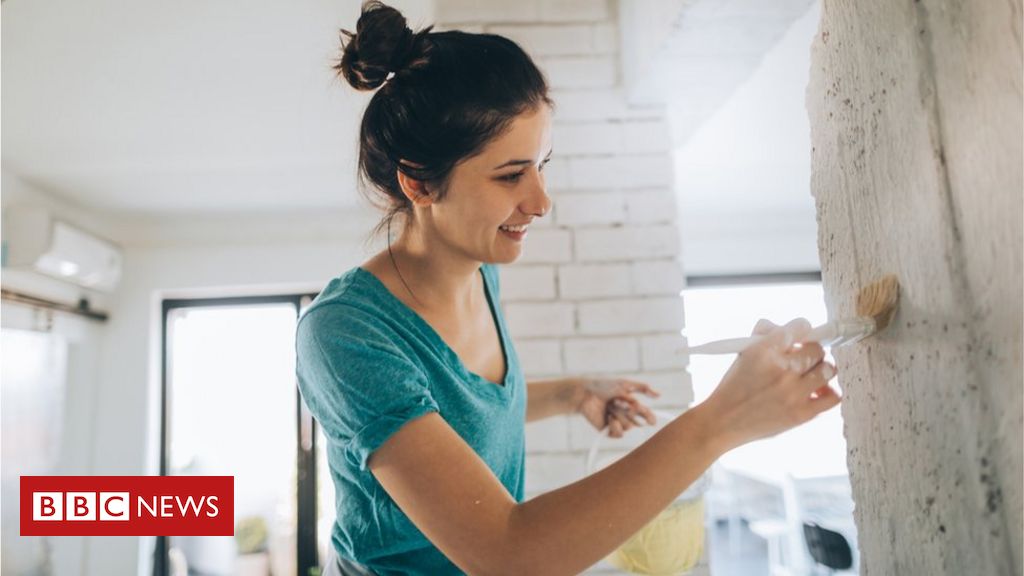 
Sales of paint, wallpaper, plants and compost have soared during lockdown, the owner of B&Q and Screwfix has said.

Kingfisher said people had been doing more DIY than usual, as like-for-like sales jumped by 21.6% in the three months to 18 July.

Kingfisher’s UK stores, as well as those in France, were closed in mid-March due to lockdown measures to stop the spread of coronavirus.

Although B&Q’s UK stores only started reopening in late April, online sales continued to see a huge increase, it said.

The retailer made click-and-collect and home delivery options available and the group saw online sales surge more than 200% in both May and June.

According to the Office for National Statistics, retail sales across the UK partly recovered in May driven by DIY stores and garden centres reopening.

Sales were boosted by a 42% rise at household goods stores, such as hardware, furniture and paint shops, it said.

Kingfisher said that good weather had also helped demand – in addition to people having more time to spend on DIY improvements while they spent more time at home.

In June, the group said it would recruit 3,000 to 4,000 more workers to meet the rising demand, about half of them in the UK.

Kingfisher boss Thierry Garnier said the firm’s new recruits would be “temporary” during the summer, depending on what happened to demand after coronavirus measures were eased.

The DIY group is one of the few large retailers to add to its workforce instead of cutting jobs amid the pandemic.

DIY is one area that has done well during lockdown. Other businesses that have seen buoyant sales include supermarkets and online-only fashion stores.

Sainsbury’s, for example, saw grocery sales up 10.5% during the lockdown, fuelled by online orders. Online fashion firm Asos also reported an increase in group sales of 10% to £1bn in the four months to 30 June.

Despite Kingfisher’s strong performance, the group said in a statement on Wednesday that it would not give guidance for the second half of the year due to “uncertainty around Covid-19 and the wider economic outlook”.

It also said its sales over the six months to 18 July were down 3.7% compared with the same period last year.