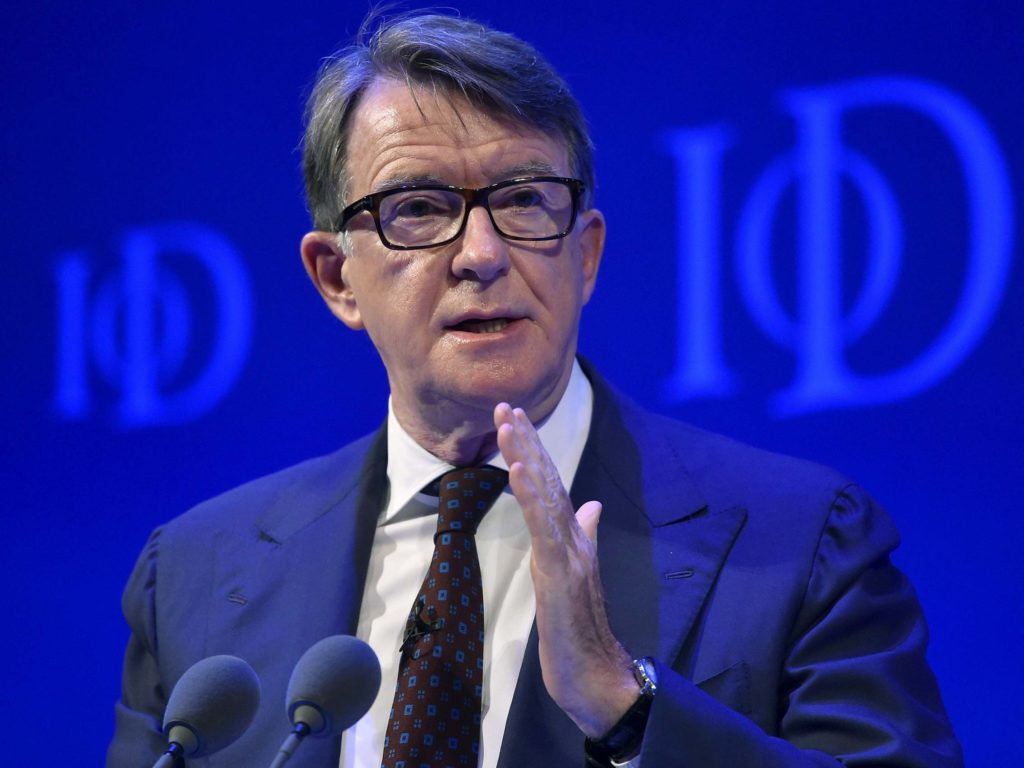 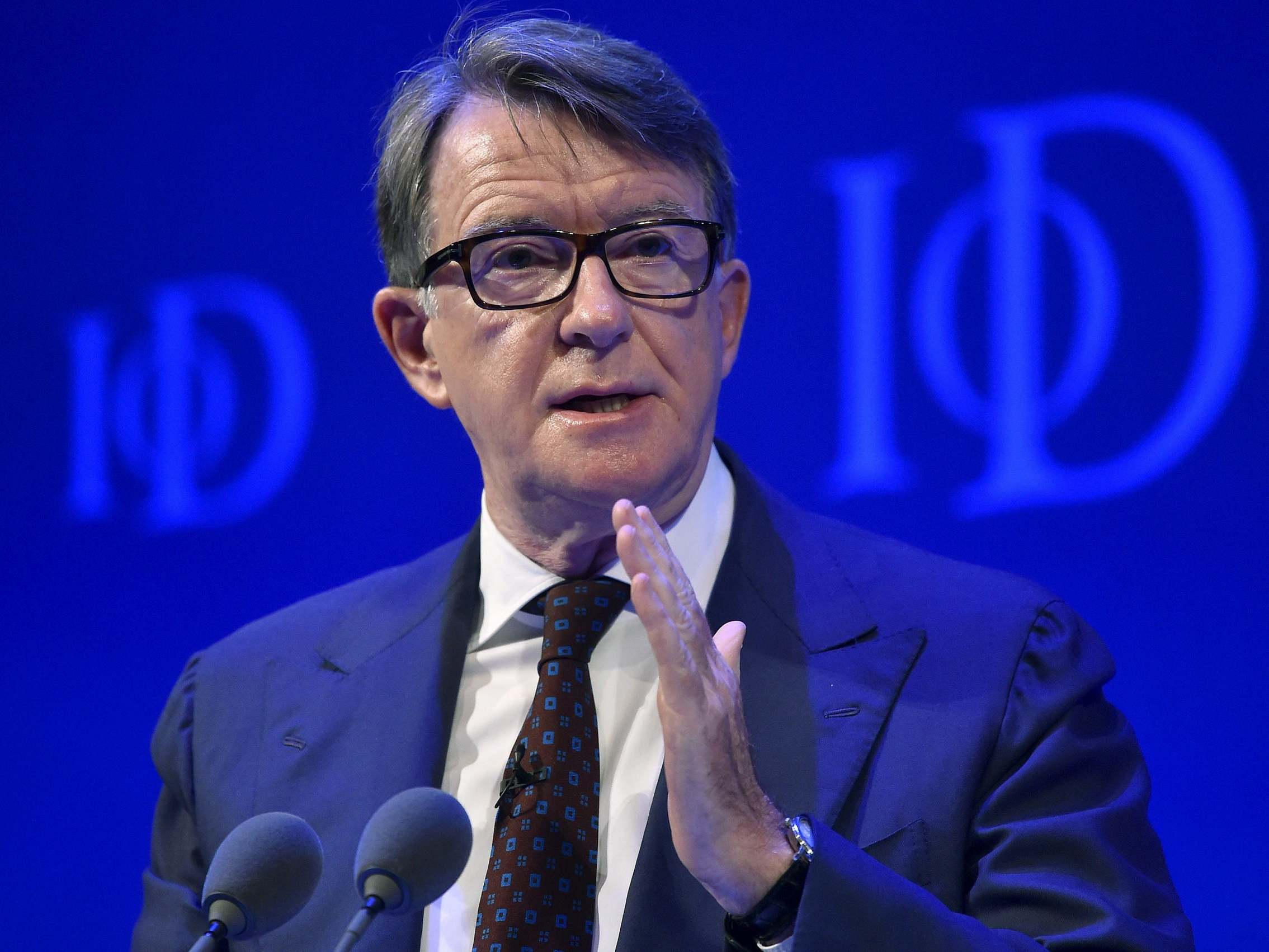 The UK government will ultimately back away from a no-deal Brexit because trading on World Trade Organisation rules with Europe would be simply too damaging for UK business after the Covid crisis, Peter Mandelson has predicted.

The Labour peer was one of the leading figures of the Remain campaign in 2016 yet he says he has been informally approached by the government about whether he might be interested in being Britain’s candidate to be the next World Trade Organisation (WTO) director general when the post becomes vacant in August.

The government has rejected the option of extending the post-Brexit transition period which ends in December and government sources have apparently briefed that the costs of a no deal Brexit in January are lower than they have ever been.

But Lord Mandelson said ministers would be unlikely to allow talks on an EU trade agreement to break down.

“If we left the European Union at the end of this year on WTO terms, we would pay both a short-term and a long-term price in doing that,” he told the Econ Films CoronaNomics show.

He said that the high EU tariffs that would instantly hit car manufacturing and chemicals exports would “wipe out” many UK businesses.

“It would be very serious for us. And coming on top of the whacking businesses and jobs have had from Covid. I mean, it doesn’t bear thinking about. Which is why I believe this government, which has not lost all sense of perspective, I think would realise that it does need a deal. It can’t deliver a second whammy of that kind to the UK economy.”

Many have been doubtful of the likelihood a Downing Street run by veterans of the Vote Leave campaign proposing an outspoken remain supporter like Lord Mandelson as the UK’s WTO candidate for director-general.

But Lord Mandelson suggested he was a viable UK candidate because he was less likely to be vetoed by the European Union, having been the bloc’s trade commissioner between 2004 and 2008.

WTO chiefs are appointed by consensus, meaning a candidate can effectively be vetoed by any of the 164 member countries.

“They [the government] would have to consider the qualifications, merits and attributes of the candidates rather than based on an ideology or political prejudice,” said Lord Mandelson.

“The government will want to nominate somebody who they think will win this race. And I would say I have more chance of winning it, or put it a different way, less chances of being vetoed or blackballed by other members of the WTO than, perhaps, Liam Fox does.”

The WTO is widely seen as being in crisis as result of the Trump White House’s attempt to stymie the function of the body’s appeal court for trade dispute arbitration.

The current director-general, the Brazilian Roberto Azevedo, is standing down a year before his term was due to end.

Lord Mandelson insisted the multilateral organisation was still relevant in a world of rising protectionism and stalling trade flows but said the WTO rulebook has had to be “pulled into the 21st century”.

Lord Mandelson was one of the architects of New Labour in the 1990s, alongside Tony Blair and Gordon Brown. He is now chair of Global Counsel, a strategic advisory company he co-founded.

The deadline for nominations for the WTO director general falls on 8 July.