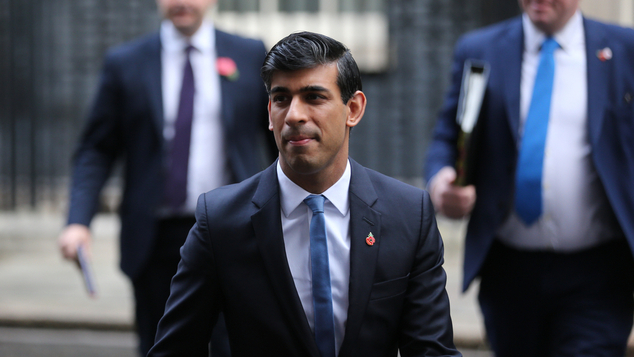 Any extension of the furlough scheme beyond 30 April must be ‘limited and carefully targeted’ to avoid ‘choking’ recovery, the Institute for Fiscal Studies has warned.

Chancellor Rishi Sunak has come under pressure to announce a further extention of the Coronavirus Job Retention Scheme ahead of his Budget on 3 March, but the think-tank has suggested that extending it beyond the point at which most restrictions are eased would hamper recovery and prevent the economy from adapting.

“In it he needs to strike a balance between continuing support for jobs and businesses harmed by lockdowns, and weaning the economy off blanket support which will impede necessary economic adjustment. Any significant continuation of the furlough scheme must be limited and carefully targeted.

“In the recovery phase he needs to support jobs and investment, but also crucially needs to recognise and address the multiple inequalities exacerbated by the crisis.”

The IFS said furlough should be phased out gradually rather than coming to an abrupt halt, but noted that the economy will not be able to recover properly with furlough in place.

It suggested a tightly targeted version of the CJRS, citing aviation as a sector that might require ongoing support when restrictions are lifted.

Organisations including the CIPD, TUC and CBI have called for Sunak to announce a furlough extension beyond April, and today the Independent Workers Union of Great Britain (IWGB) has said “indefinite and mandatory furlough” needs to be put in place for workers facing redundancy.

The IWGB said that 30 MPs have signed a letter in support of making the scheme indefinite, as the union claimed that the “cycle of uncertainty” has resulted in mass redundancies – particularly among cleaners as offices remain shut.

The union also claimed that companies that could not afford to stay shut were putting workers’ lives at risk by sending staff who should have been placed on furlough to work in non-essential workplaces.

“We’re dealing with yet another tidal wave of cases relating to mass redundancies and the unjustifiable denial of furlough by companies who can certainly afford it. And yet again, of course, it is precarious BAME and migrant workers who are being hardest hit.”

The IFS said the chancellor would also need to consider the fact that those on low incomes and young people had been hit especially hard by the pandemic, and suggested that a plan to increase the productive capacity of the economy was needed.

Such a plan should include measures to prevent long-term unemployment, such as an extension to the Kickstart scheme beyond December 2021; investing in infrastructure, training and science to help the UK reach net zero emissions by 2050; and encouraging private sector investment.

Other suggestions for the Budget included: