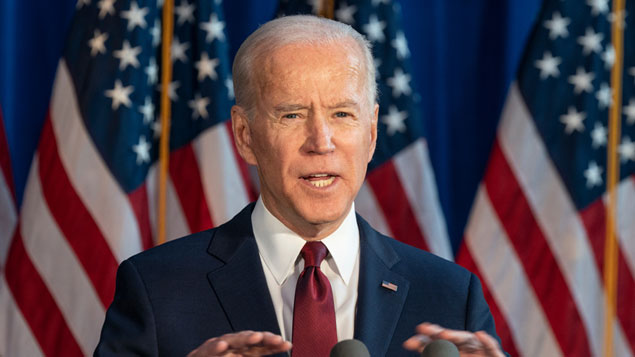 US President Joe Biden has introduced legislation to reform immigration, which would increase the numbers of foreign specialists working in the country who could eventually gain citizenship.

It could also, in the long term, see citizenship achieved by the 10-12 million undocumented immigrants living in the US.

The proposals would also speed up the granting of green card eligibility to “dreamers” – undocumented immigrants brought into the country as children – as well as those under temporary protected status and immigrant farmworkers.

The US Citizenship Act of 2021 could see undocumented immigrants allowed to apply for temporary legal status, and give them the ability to apply for green cards after five years if they passed background checks and paid taxes.

Dreamers, temporary protected status holders and immigrant farm workers who meet specific requirements would be eligible for green cards immediately under the legislation. After three years, these green card holders could apply for citizenship.

The act would also increase the number of diversity visas (also known as the green card lottery) issued from 55,000 to 80,000 and eliminate the three- and 10-year bans that prevent people from re-entering the US if they had left the country after being there illegally.

It would alter immigration laws to use the word “noncitizen” instead of “alien”.

The green card lottery is aimed at diversifying the immigrant population in the US, by selecting applicants from countries with low numbers of immigrants in the previous five years. Around 12 million people applied for the lottery in 2019.

But among the most important proposals in the bill were measures designed to incentivise higher wages for workers with H-1B non-immigrant visas so as not to displace existing US workers.

The H-1B visa remains the most practical way for many people to work long-term in the US, including international students. The visa is designed for businesses that need foreign specialists on a temporary basis. It is thought, for example, that the move would benefit thousands of IT professionals in the US who had travelled from Asia, Africa and Europe.

Securing the country’s global talent pipeline so workers educated and trained in the US can contribute their talents to the US economy is more important than ever” – Emily M Dickens, SHRM

Also, about 75% of full-time graduate students in key technology areas at US universities are international students.

Biden proposed that the rule requiring selection of H-1B workers based upon highest salary should be frozen until at least 21 March 2021 and the rule redefining employer-employee relationships for H-1B purposes should be withdrawn.

It is thought that Trump had reduced legal immigration by 49% with the restrictions placed on H-1B visas having serious ramifications for the US in that skilled jobs were being pushed outside the US.

US HR body, the Society for Human Resource Management (SHRM), together with the US Chamber of Commerce and other business groups have voiced support for measures in the Biden plan, including putting dreamers on a path to citizenship and reforming the visa system.

“As workplaces evolve, securing the country’s global talent pipeline so workers educated and trained in the US can contribute their talents to the US economy is more important than ever,” said Emily M Dickens, SHRM’s chief of staff. “We look forward to working with the Biden administration and new Congress to shape policy solutions that provide critical, work-authorised talent, protect American workers and modernise workplace immigration.”

If the bill passes, it would usher in the biggest changes for immigrants since 1986, when Ronald Reagan signed legislation granting legal status to three million people who were in the country without documentation.

The plans may face considerable opposition in the congress and senate, where at least 10 Republicans would have to join all 50 Democrats to overcome a filibuster. Senator Ted Cruz has already voiced his opposition. President Biden has already said that his administration may not be able to pass the full bill in the first 100 days of his term.