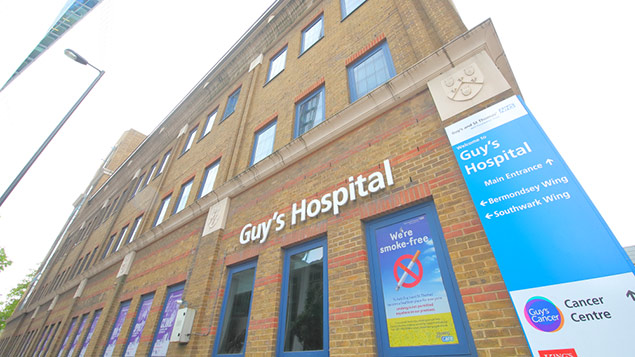 A 50-year-old man has been awarded £7,600 for age and sex discrimination from Guy’s & St Thomas’ NHS Foundation Trust after informal feedback from a young, mainly female team influenced a hiring decision.

Mr McClements applied for a project manager role at the trust and was one of five applicants invited to interview. As part of the process he was invited to give a presentation on how he would support the team’s objectives. Points were awarded for an “original, fun yet thoughtful and punchy” presentation and McClement’s talk involved using his daughter’s Minions backpack as a visual aid.

During their questioning of the claimant, the three-strong interview panel sought to establish the McClements’ willingness to work for others who were younger than him and perform more menial tasks. He was asked: “Will you be a minion?”

Following the interview, candidates were taken to meet other members of the team. The tribunal found no consistency in terms of who each candidate met and it found that “KM”, the comparator in the case, a woman in her mid-twenties, met people the claimant did not.

After the interviews, McClements and KM were found to be the two best candidates having scored 81.5 and 80 respectively, although there was some doubt about KM’s recorded score, which may have been lower.

Employment Judge Hyams-Parish described in his judgment: “There then followed a process during which, notwithstanding the claimant had been given a higher score by two out of three of the panel, they proceeded to discuss who to select on the basis, it would appear from the evidence, to be the ‘best fit’.

“The respondent witnesses described this as a process of ‘moderation’ but what was clear to us was that there was little that was scientific about the process. The panel did not go back to the scores and discuss whether the scores were correct or whether any of them needed to be adjusted. At the end of the process, the claimant still had the highest score.”

Witnesses for Guy’s and St Thomas’ described the role of informal meetings to the decision process as a “sense check” which, while not “pivotal” as claimed by McClements, the tribunal found as “influential”.

Some of the comments from the team noted how the claimant was “very different” to post’s previous holder (a woman in her twenties), that he was too senior, and questioned how Ms Lee, his would-be manager, would be able to manage him.

During the hearing, the tribunal panel were also shown tweets of one of the team members who had provided feedback, many of which were were “of a feminist or gender equality theme”.

When KM was offered the role, Lee contacted the claimant to tell him he had not got the job. McClements said she told him he had not been successful and that a main factor in the decision was she would be “uncomfortable asking you to do things given you have an 11-year-old daughter”, and that she reassured him that he “had so much more to give compared to other applicants”.

The judgment read: “We were concerned that both conscious and unconscious bias were at play and that their focus on finding a person who was the ‘best fit’ led them to take into account factors which were discriminatory.”

It added: “We were satisfied that the reason [the claimant was not selected] was significantly influenced by his age.”

While not as overt as the direct age discrimination finding, the employment tribunal was not persuaded that “the decision to reject the claimant in favour of KM was in no sense whatsoever because of his sex. For these reasons, we concluded that this claim should succeed.”

A separate disability discrimination claim by McClements for failure to make reasonable adjustments, which related to a different rejection for a separate role at the trust, failed.