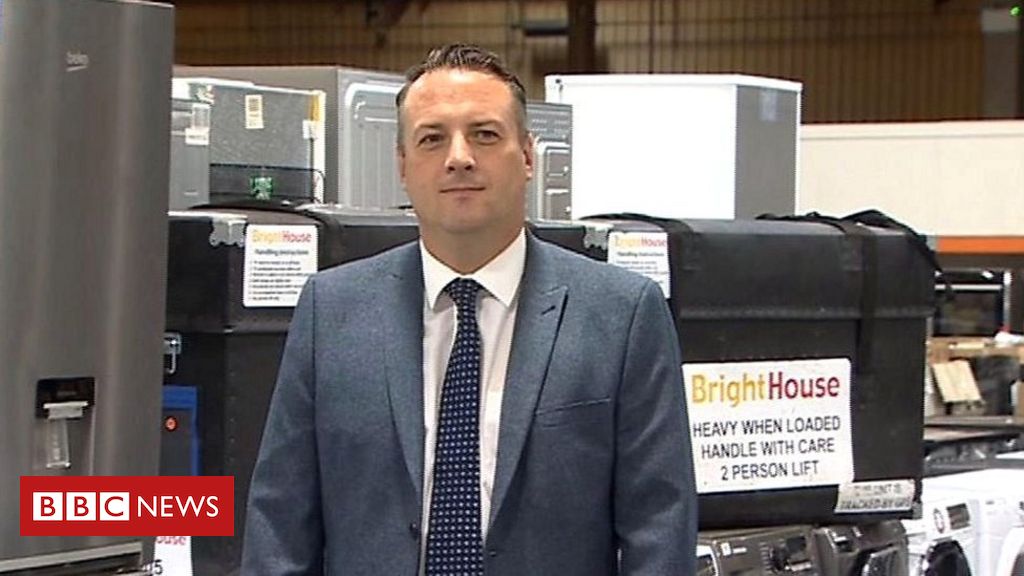 
The UK’s largest auction house network says its had its busiest month in 52 years selling goods from UK businesses that have gone bankrupt during the Covid-19 lockdown.

John Pye Auctions, which specialises in stock from liquidated firms, says this could just be the tip of an iceberg with many more companies facing collapse when government-backed support schemes come to an end.

The auction firm has seen a surge in products from failed retailers. Since re-opening after lockdown, the Nottingham-based firm, which has 16 sites across the country, says its staff have cleared out more than 240 stores, with the numbers of bidders per auction nearly doubling in that time.

“I’m a little bit conditioned to it, but what I am shocked about is the speed at which it’s happened and the scale of it,” says the firm’s managing director Adam Pye.

Much of the stock is now at John Pye’s giant plant near Port Talbot – the biggest of the auctioneer’s UK hubs – which once housed a car components manufacturer.

When rent-to-own operator Bright House went into administration in March, “we inherited 371 articulated lorryloads and it’s still ongoing. It gives you a sense of the vastness of the stock we are dealing with. It is quite a bit task” says Mr Pye.

Though the auctions are online, the lots are available for public viewing and include multiple rows of white goods such as washing machines and fridge freezers along with furniture, Christmas trees and garden equipment from a failed online supplier.

The firm also auctions “overstock” from firms – more so this year with seasonal trade being hit by the coronavirus lockdown.

“Bright House was one of those clients. Prior to their administration, we were getting stock from them on a weekly basis. So we’ve lost a client and you really have to remember the people that were working [there] as well who won’t be in a position to work there again,” says Mr Pye.

The flow of products from collapsed businesses was bound to increase, with government financial support due to end over the coming months, he says.

“We’re definitely at the start of these type of instructions. We’ve only been back eight to nine weeks or so and we’ve seen our busiest month ever for retail chains, along with pubs and restaurants.

“The likelihood is that with a lot of the pubs and restaurants that are no longer there, the actual assets in those premises such as the fridge freezers, the coffee machines, whatever it may be, we get them and sell them at auction.”

Graham Lambert, who runs a dashcam business in Caerphilly, is one customer visiting the site, looking to buy auctioned white goods for the properties he rents out.

“These are hard times. Normally the recovery time is when you see people really going into administration so the bad wave is still to come, I feel. It is very sad.”

Mr Lambert worries about the future of his own dash cam business.

Though there has been some respite, he says.

“Things are recovering now, people are back on the roads and on public transport they’re having to wear masks all the time. They are returning to their vehicles, so it’s turned the other way – for now.”

In the meantime, like many others, he is trying to find a good deal from the spoils of those businesses who haven’t survived.

But while trade from the insolvency fall-out is roaring at the moment, that can’t sustain the auctioneers indefinitely.

“These are very much is unprecedented times as far as the directors and shareholders of businesses are concerned,” says Mr Pye.

“This is a short term gain for us but in the long term, who knows? At the end of this we may not have so many sales.”

Back on the UK’s High Streets, many more retailers look to be teetering on the brink, with the uncertainties of business as great as they have ever been.

How the coming months unfold and the success in holding off a second wave of the pandemic will determine quite how many firms end up with their goods in an auction house.