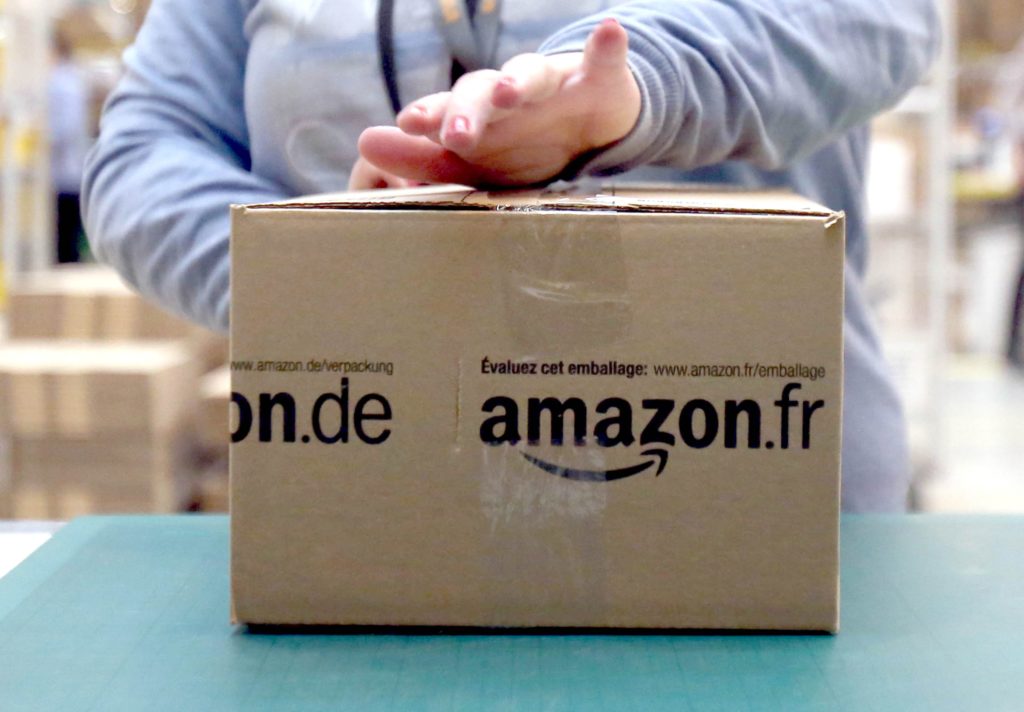 The company’s warehouse and logistics operation, Amazon UK Services, paid £14.46m in corporation tax in 2019, up from £14.06m the year before. Profits increased to £102m while revenues rose 29 per cent to £3bn.

Amazon does not reveal detailed figures for its other UK businesses, including its retail sales or IT services, which are accounted for in Luxembourg.

It said sales for the whole UK operation jumped by more than a quarter to £13.7bn

The company has enjoyed bumper sales and profits during the pandemic, taking the wealth of founder Jeff Bezos to more than $200bn, while traditional retailers have been hit hard by lockdown and social-distancing measures.

The success of multinational technology companies in recent months has again put the spotlight on methods they use to lower their tax rates and gain an advantage over competitors.

In anticipation of its accounts being filed, Amazon published a blog post defending its record on tax and investment in the UK.

Amazon said it had invested £23bn in the UK since 2010 and paid £293m in what it defined as “direct taxes”, including  business rates, corporation tax and stamp duty.

“When you talk to ordinary people it’s clear they are fed up with the kind of clever accounting companies like Amazon get away with,” said Robert Palmer, executive director of Tax Justice UK.

“Politicians need to finally fix the way we tax big multinationals and not cave-in to pressure to water down the rules.”

Among Labour voters, 88 per cent supported higher wealth taxes while among Conservative supporters the figure was 64 per cent.

The report found “near universal” anger at tax avoidance by multinational corporations and wealthy individuals.

More that four in five people said it was morally wrong for companies to avoid tax, while 76 per cent said the same about tax avoidance by individuals.

Amazon said in a statement: “The UK has now become one of Amazon’s largest global hubs for talent and this year we announced plans to create 10,000 new jobs in the country by the end of 2020.”

“We pay all taxes required in the UK and every country where we operate, and focusing on one small piece does not provide a full picture of Amazon’s overall contribution to the UK.

“Corporation tax is based on profits, not revenues, and our profits have remained low given retail is a highly competitive, low-margin business and we continue to invest heavily.”