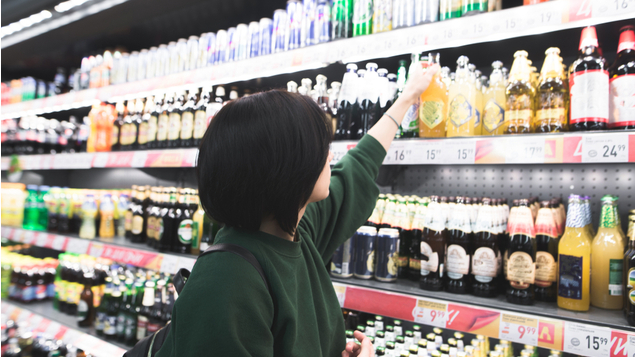 The number of deaths in England and Wales directly related to alcohol misuse hit a record high in the first nine months of 2020.

According to provisional figures from the Office for National Statistics, 5,460 people died of conditions linked to alcohol between January and September 2020 – up 16% on the same period in 2019.

The number of deaths related to alcohol misuse reached a peak of 12.8 per 100,000 people in the first three months of 2020 and remained at this level through to September.

The figures relate to the timeframe in which the UK went into its first coronavirus national lockdown. Although much of England and Wales had emerged from lockdown restrictions by September, some areas of the country – including Leicester – had restrictions re-imposed in order to stem rising infection rates.

ONS spokesman Ben Humberstone said: “Today’s data shows that in the first three quarters of 2020, alcohol-specific deaths in England and Wales reached the highest level since the beginning of our data series, with April to September, during and after the first lockdown, seeing higher rates compared to the same period in previous years.

“The reasons for this are complex and it will take time before the impact the pandemic has had on alcohol-specific deaths is fully understood.”

In December it was reported that nine in 10 people admitted to drinking alcohol while working from home in 2020, while separate research found four in 10 business leaders turned to alcohol or drugs to cope with mental ill-health during the pandemic.

Meanwhile, a study of almost 108,000 people found that even low levels of alcohol consumption, such as half a pint of beer or a small glass of wine per day, increases the risk of irregular heart rhythm.