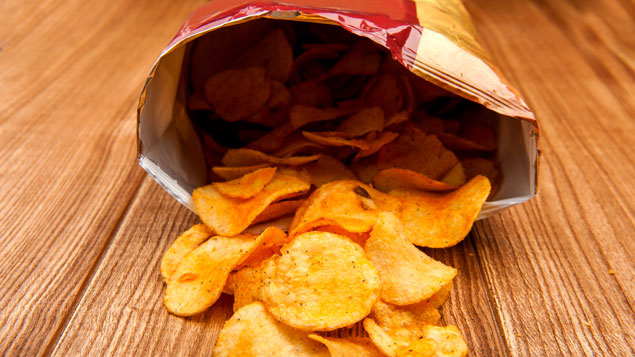 A study of UK home workers has revealed that, despite the benefit of being able to rustle something up in their own kitchens, workers are are being less productive with cooking utensils than they are on their PCs.

A further 6% have resorted to eating cold baked beans straight from the can.

Clearly, trips to the canteen, local delis and restaurants with colleagues are not only being missed for their social potential; their nutritional benefits are also being sidestepped.

Many respondents (30%) said they usually just had a cup of coffee, while a similar proportion said they relied on instant noodles. Ready-meals might have their critics but against this backdrop the 19% who said they had them every day for lunch appear to be positively orthorexic.

Biscuits (27%), bars of chocolate (30%), potato waffles cooked in the toaster (6%) and jam on toast (17%) comprised other midday meals termed “uninspiring” by Just Eat, according to the 1,500 surveyed. Although, based on the potato waffles cooking method, Personnel Today believes what they lack in nutrition they make up for with innovation.

About three quarters of respondents (70%) said they missed their office-based lunch options, while 81% conceded that working from home had meant their lunches were duller than ever.

Despite their devotion to low quality meals only 13% of home workers told researchers they ate the same lunch every day.

Surprisingly, considering they are probably the easiest lunch to replicate at home, deli-made sandwiches topped the list of lunches home workers were pining for (38%). The lack of availability of burritos (23%), sushi (19%) and noodle bowls (22%) was also deeply lamented.

Managing director UK at Just Eat Andrew Kenny said: “It’s clear that lunchtime enjoyment has taken a hit and so I’m delighted our free London delivery on Pret A Manger is available to bring back some of the joy of an office lunch to our customers’ homes.”

One home worker, a schools careers adviser, told Personnel Today: “It’s true: people I’ve spoken to all say the same – they’re having tiny lunches. I just have toast, but the benefit is that you can have it whenever you like and use the lunch hour or breaks for other activities  – you’re not bound by the unspoken rule you must eat at 1pm and feel sleepy at 3.30pm.”

The study found that 13% skipped lunch everyday because they could not think of anything that takes their fancy and 19% said having lunch at home was the worst part of home working.

The findings run counter to evidence that homeworking has seen an explosion of people attending outdoor and streamed fitness classes and high sales of indoor gym equipment. But it perhaps does correspond with surging sales of alcohol for home consumption.

It appears that when it comes to our daily health, the UK’s homeworkers have not adopted an entirely holistic approach.