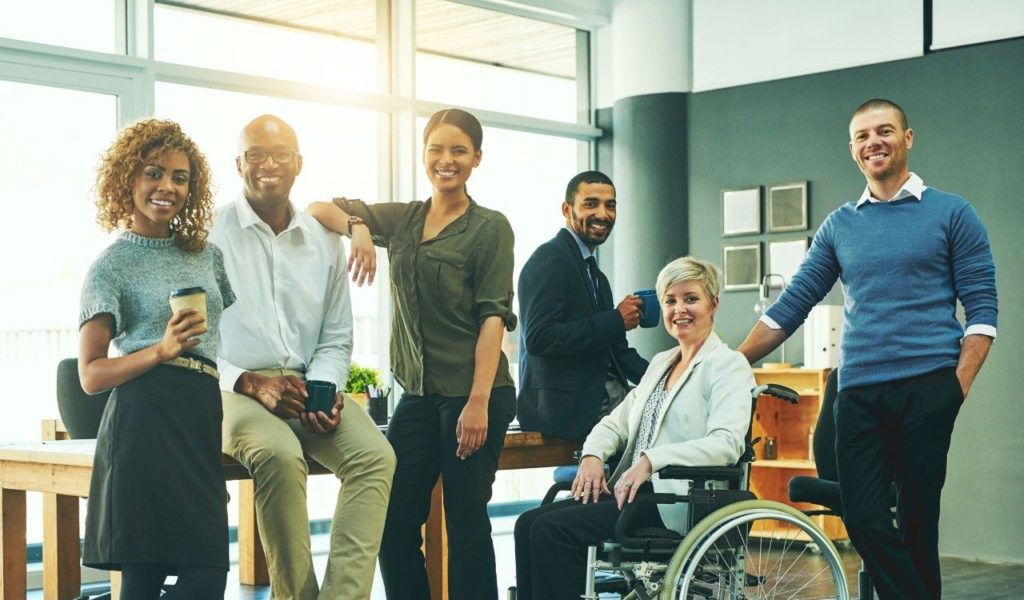 Many companies in the last month have made a commitment — or renewed an earlier commitment — to build a workplace that is diverse and inclusive. Experts have cautioned that D&I work is not for the faint of heart and that change will not happen overnight. But, it’s crucial for companies to achieve it.

“Human progress,” wrote Martin Luther King Jr., “is neither automatic nor inevitable. . . . Every step toward the goal of justice requires sacrifice, suffering, and struggle; the tireless exertions and passionate concern of dedicated individuals.”

But while it’s not easy work, it is critical work. We all have a role to play – recruiters and hiring managers included. And they can turn to the insights, data, and best practices of others to help guide their approach. Here are six tactics — including approaches to job postings, application processes, and interview panels — that can elevate anyone’s D&I efforts:

1. Consider rewriting your job descriptions with fewer requirements and with gender-neutral language

Unlike best-selling authors, recruiters who write great job posts won’t get to chat with Oprah. But there is an art, shaped increasingly by science, to crafting an effective post that will elicit applications from a diverse field of candidates.

LinkedIn data shows that women apply to 20% fewer jobs than men, and an HBR study demonstrated that women are often deterred by a belief that they have to meet all the job criteria listed in the post. So, make sure that the qualifications — number of years of experience, level of education, skill sets — are essential rather than aspirational. You might also consider defining the job as a set of performance objectives that a new hire will be expected to achieve in their first 90/180/365 days on the job.

Another way to broaden your pool is to scrub your posts of any stereotypically masculine words or phrases. Nouns like rock star and black belt may turn off some women, just as adjectives like assertive and analytical can. The 2019 Ultimate Recruiting Toolbox has lists of both masculine and feminine words to steer clear of. A number of software companies, including Textio, Talvista, and TapRecruit, also offer writing tools that can strengthen your posts by suggesting alternative phrasings that will better resonate with women considering your position.

2. Make your application process as accessible as possible

In 2016, the FBI realized that as the United States was becoming more and more diverse, the Bureau’s group of special agents was becoming less so. One of the challenges they uncovered: Some 40,000 candidates had begun filling out the special agent application form but never finished. And women and people of color dropped out at higher rates.

Frustrated candidates reported the application was too long and called for too much information at once. “We stripped the application down to the studs,” says Peter Sursi, senior executive of recruitment and hiring for the FBI.

The result? More people completed the application and those who did were more invested in the job. Clearing the first hurdle on the path to a role as an FBI special agent made applicants feel good.

And a simplified application process is particularly critical if you’re looking to recruit more people with disabilities. “So many people are focused on how they can make the [workplace] experience for a disabled person better,” gold medal–winning Paralympian Liz Johnson told a breakout session at Talent Connect 2019. “But what they don’t realize is the person with a disability is never going to get there because they can’t get in the door in the initial part of the process.”

Companies can make their websites more accessible by ensuring that their career site is compatible with a screen reader, visuals come with alt-text, and videos include captioning for the hearing impaired. Using plain and simple language on your website will make it easier to navigate, particularly for people with intellectual disabilities or cognitive issues.

In a global study published last year by BCG (Boston Consulting Group), employees of color reported that they see diverse interview panels as one of the most effective measures to bolster diversity and inclusion.

A diverse group of interviewers helps show that your company is committed to different points of view and will also reduce unconscious bias — putting checks and balances on “in-group favoritism,” says Vernā Myers, the VP of inclusion strategy atNetflix. Intel started requiring diverse interview panels and, within two years, the diversity of its new hires jumped over 40%.

A structured interview process and training can reduce your time to hire and, importantly, lead to higher-quality new employees by reducing bias. By posing the same or similar questions to each candidate, you have a more consistent data set and can compare apples to apples (or, perhaps, applicants to applicants). You can also start assessing which questions lead to the best hires.

4. Make sure employees from different backgrounds have role models in your company’s leadership

Companies tend to focus their diversity hiring efforts on frontline employees. But that’s often not where the problem is. Instead, those entry-level employees join a company, look around, and wonder, “Where are the leaders who look like me?”

And then your new talent quickly starts looking for the next opportunity.

LinkedIn data shows that companies with women in the C-suite tend to have significantly more women in their broader workforces than companies that do not. Other studies have found a correlation between the number of women in leadership roles and a rise in profitability. So, investing in female leaders pays dividends.

Companies that truly want more women in leadership positions should consider adopting a version of the Rooney Rule for board members and executive positions; embrace work flexibility; and create mentorship and leadership development programs.

5. Train your managers so they are ready to lead diverse teams

Recruiting for a diverse workforce is challenging, and so is managing a diverse team of people who come from different backgrounds and experiences.

Your company’s learning and development crew should consider identifying and recruiting managers who have already found success leading diverse teams and encourage them to teach a course about what they’ve faced and how they’ve made it work.

If your L&D capabilities aren’t yet to the place where they’re a powerful tool for you, LinkedIn Learning offers a lot of targeted online courses, including Managing Diversityand Managing a Diverse Team. LinkedIn Learning has also unlocked seven video courses (they’ll be free through August 31), Diversity, Inclusion, and Belonging for All, that can help you understand and confront bias, communicate about topics of difference, and create change that will lead to stronger companies and communities.

6. Develop a scorecard that helps keep diversity top of mind for your company leaders

Salesforce is best known for its ubiquitous customer relationship management platform, but is also making a name for itself as a leader on diversity and inclusion issues — it has spent millions of dollars to close gender and racial pay gaps and has taken bold, public stands on issues impacting the LGBTQ+ community.

Like much of the tech industry, however, Salesforce has struggled with the diversity of its workforce, which is heavily male (66.8%) and, in the U.S., heavily white (61.6%). To underscore the company’s commitment to equality and to changing the makeup of its workforce, it introduced a monthly scorecard that is sent to leaders who have more than 500 reports or have a “large ability” to hire.

“With the scorecards,” says Molly Ford, the senior director of equality programs, “we’re using data to speak to executives in a language they understand.”

The numbers at Salesforce are moving in the right direction. For example, over the last two years the percentage of women in the company’s global workforce has increased from 30.9% to 33.0%. Not dramatic but quietly impressive for a company with more than 36,000 employees.

There is no abracadabra. No company will achieve diversity and inclusion by the wave of a magic wand.

And diversity and inclusion should be the work of everyone at a company, not just those who have it in their job title.

As Dr. King himself said, “Change does not roll in on the wheels of inevitability, but comes through continuous struggle.”